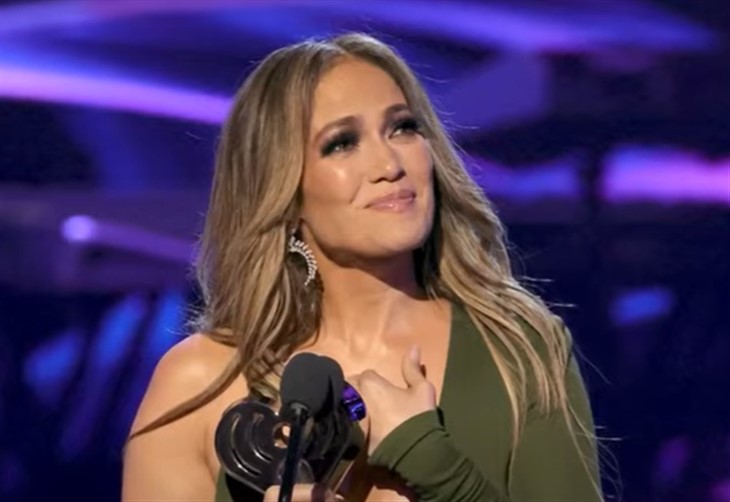 There’s nothing like seeing a man proud to have his girlfriend become the absolute center of attention while he beams on the sidelines. No wonder Jennifer Lopez wants to protect her rekindled romance with actor Ben Affleck.

The singer and actress was cheered on by her daughter Emme, boyfriend Ben Affleck and his son Samuel. Yes, I’m hearting their blended family.

The icon candidly thanked her fans for being so supportive during all the years she’s been in the spotlight.

“I appreciate this so much, so very, very much,” the overwhelmed 52-year-old told the crowd. “I wish I could tell you that awards were the most important to me, but that’s not true. And don’t think that I don’t appreciate the shiny, sparkly things, because I do! I cannot lie, everybody knows that I do. But this isn’t why I do this. It’s not what matters most to me. I really do it for you guys.”

She was interrupted several times by the roaring crowd, including proud boyfriend Ben Affleck, who happily stood and cheered her on, along with his 10-year-old son Samuel and Lopez’s 14-year-old Emme.

“Because of you, I get to do what I love the most in life and that is the most wonderful blessing,” Lopez continued. “That’s a gift that you give me and I just want to say thank you for that. Thank you to everyone who comes to a show, streams a song, sees a movie, follows me. You guys are the ones who give me the opportunity every day to live a life I couldn’t even imagine would come true when I was a little girl growing up in the Bronx.”

Emotionally, she told her fans how they helped her believe in herself, saying, “You did that for me. You made that dream come true. I’m shaking! And I will always be grateful to each and every one of you for that. And I will never forget it, and I will never, ever take it for granted. So I want to say thank you to every one of you for believing in me when other people didn’t, even when I didn’t. Thank you for teaching me who I really am.”

She concluded her heartwarming speech by offering her own definition of the word “icon”, which she says stands for “I can overcome negativity.”

“Let me tell you something else,” she added. “I’m just getting started.”

After accepting her prize, Lopez took to the stage to perform a funky version of “On My Way” from her latest movie “Marry Me”. She performed the hit single surrounded by drag queens dressed in some of her most iconic looks from over the years, including the green Versace gown she famously wore to the 2000 Grammy Awards.

She followed the performance with her 2005 hit “Get Right” while wearing a long white coat with the word “Equality” emblazoned in black on the train.

Ahead of the awards show, hosted by LL Cool J, a statement released by iHeartRadio announced that Lopez is being recognized for “her impact on pop culture, longevity and continued relevance as a touring and radio force.”