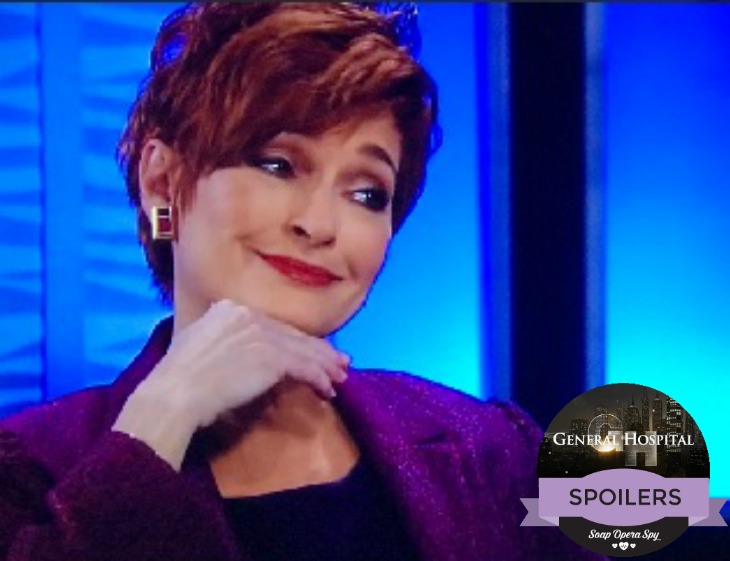 It’s confirmed: the Nurse’s Ball will be back this year on “General Hospital!” What crazy antics are in store? Might we see Hunks of Port Charles strutting their stuff? Or how about legal eagle Diane Miller (Caroline Hennesy) doing a trapeze act?

Nothing is confirmed, but if Hennesy has her way, zany Diane will be swinging from the chandeliers. In a far ranging interview with, “SheKnows,” the incomparable redhead dished on all kinds of juicy topics, including her GH role.

Related; The Young and the Restless Spoilers: Jordan Drawn To Hilary – Hevon Edged Out

“One of the main characters is going off on a nebulous, inner psychological tangents and Diane is heavily involved,” she proclaims. If her claim is true, who might be Diane’s friend? GH fans know that her bestie Alexis Davis (Nancy Lee Grahn) is in the throes (again) of an emotional/psychological crisis.

Is Diane going to rescue Alexis from the torment of losing her husband or help her kick the bottle once and for all?

That remains to be seen, but in the meantime Hennesy, as Diane, is happy to give some hilarious advice to serial dater Jennifer Lopez. “She would say, ‘Honey, stop jumping from man to man. You are not a flea going from dog to dog. Take some time and give yourself a year at a nice spa with a good therapist…”

Sassy Diane first turned up in Port Charles in 2006; in 2010 Hennesy’s work was rewarded with a Daytime Emmy nomination for Outstanding Supporting Actress.

She’s had tons of star turns on television, including the much-hyped, recent, “Gilmore Girls,” reunion on Netflix. Hennesy played Toni, an upper crust member of the DAR, and friend of matriarch Emily Gilmore.

Wouldn’t it be great to see Diane and Max (Derk Cheetwood) perform together at the Nurse’s Ball? Do you have a favorite Diane Miller moment? We’d love to hear your thoughts on how GH could incorporate Diane into upcoming storylines; let us know your ideas in the comments section below!