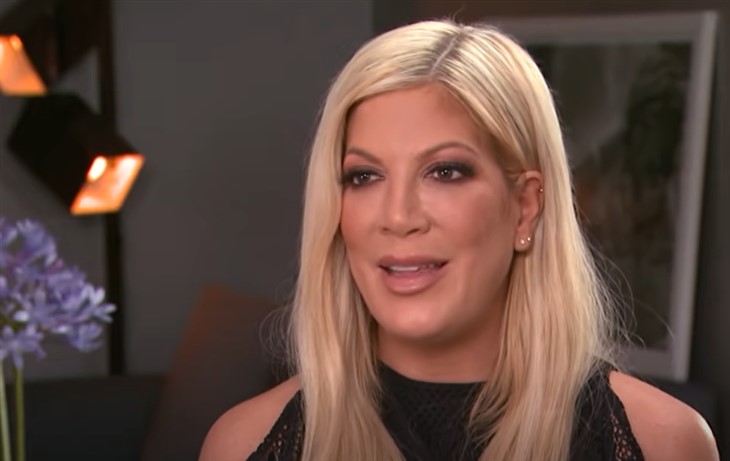 Tori Spelling, her kids and her farm animals are already feeling the holiday spirit and they’re inspiring you to feel it as well.

The 48-year-old shared a holiday card featuring the pictures of her five children. In the picture, Spelling is holding a chicken, while her children flash a smile on either side of her. Also featured on the holiday card are two goats, one happy pig, and the aforementioned chicken.

The Card Read, “Happy Holidays, With Love. From Our Farm To Your Home! Xoxo, Tori & Family.”

In her comments section of the post, Spelling explained that her husband was missing from the holiday snap because he was “filming his new feature film in Canada” when it was taken.

The family holiday card is coming just a few months after Spelling hinted of marriage troubles. She and her husband have been married for over 15 years.

In June, during an appearance on SiriusXM’s Jeff Lewis Live, Spelling told Lewis that she and her husband were no longer sleeping in the same bed.

Lewis then asked if there was any “truth” to the rumors about a potential split, Spelling replied that several of her kids had been sleeping with her since she and her husband stopped sleeping together.

“Since he left — this is not good, you guys — but since he left, he was gone for six months filming in another country, they all stayed with me,” the “Beverly Hills 90210” star said. “So I currently still have four in the bedroom with me who have yet to go back to their rooms.”

Spelling and McDermott have previously been outspoken about the ups and downs of their relationship, with McDermott admitting that he cheated on his wife in 2014.

Following the affair, the couple documented their journey to healing on their reality series, “True Tori”. McDermott also opened up about feeling “shame. I’ve never felt shame before.”

In 2016, Spelling chatted about the progress the family has made since the father of five admitted to cheating on her.

“We had to start over. We had to completely rebuild,” she said, adding that they had “bonded and solidified as a couple.” 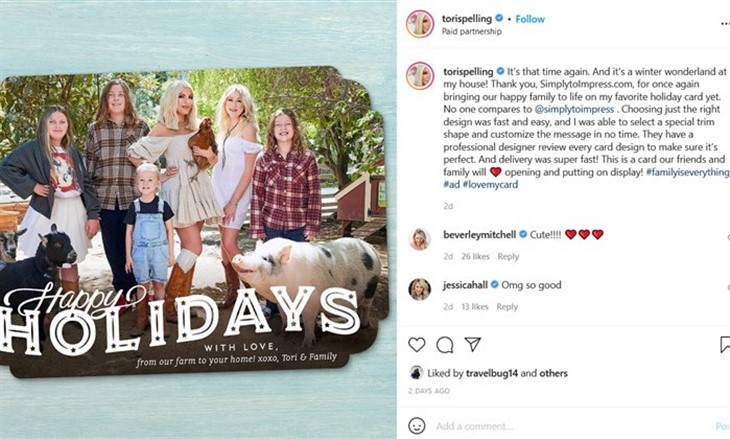 Over time, therapy and their individual devotion to their marriage helped them tackle the cheating scandal.

“It was one of the worst times in our lives, but it was also one of the best times,” the actress added at the time. “I wouldn’t change anything because if we hadn’t started talking and opened up those lines of communication, maybe we wouldn’t be here today.”

Be sure to catch up on everything happening with Tori Spelling right now. Come back here often for all Tori Spelling spoilers, news, and updates.