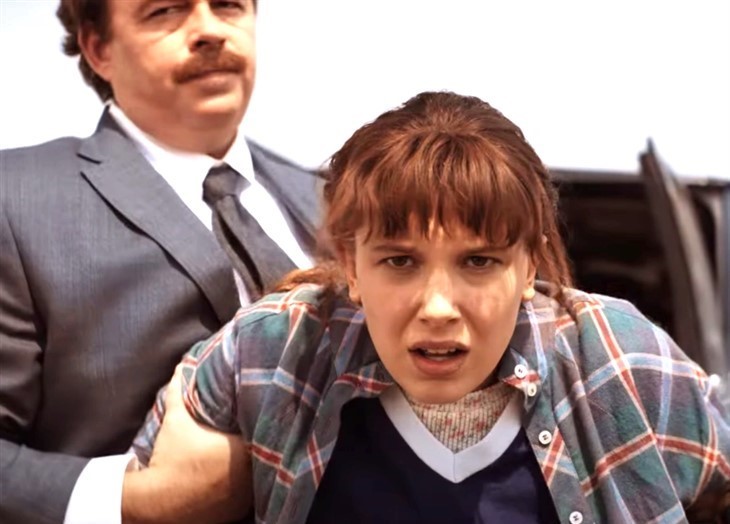 Stranger Things is finally deciding that fans have waited a long time to get back into the fictional town of Hawkins, Indiana, for its upcoming season 4 and is paving a way to the hit show finally returning. In a few more months, new episodes from the supernatural drama will be dropping on Netflix, and let’s just say that judging from the trailer released on Friday, it would be an epic new adventure.

“Something is coming,” a child’s voice warns in the trailer, “it is almost here.”

The teaser trailer is filled with nostalgic moments as it flips us back to Seasons 1-3, while at the same time giving us a glimpse of what we might hope to encounter in the show’s fourth season.

The trailer was released on Friday by Netflix, and it is also expected to air during primetime coverage of the Tokyo Olympics. Apart from getting fans excited about the upcoming project, it also shattered all hopes of dropping this year when it announced that it’s coming in 2022. It did not, however, reveal the exact date of the release.

If filming went according to plan, Stranger Things Season 4 would have come and gone and fans would now be eagerly anticipating Season 5, but the pandemic put a stop to filming, thereby delaying the arrival of new episodes.

Production fortunately resumed last fall in Georgia. Previous teases have remarkably proven that the beloved Jim Hopper (played by David Harbour) is alive, though in a bit of a pinch.

“He is imprisoned far from home in the snowy wasteland of Kamchatka,” series creators Matt and Ross Duffer previously revealed of Eleven’s adopted father. “Where he will face dangers both human… and other.”

Hawkins facility (or another like it), where the story originally began, appears to be operating again, as we see the mad scientist Martin Brenner entering a nursery for youngsters with special abilities.

Fans will get to see much of Luca’s sassy kid sister Erica Sinclair, as Priah Ferguson, who plays the fan favorite character, has been bumped up to series regular.

Another character that fans will get to see more of is the journalist-turned-conspiracy theorist Murray Bauman, who appeared as a recurring character in the previous season and has now been promoted to a full-fledged series regular.

We will also get to meet some new faces like Grace Van Dien as Chrissy Hawkins, Myles Truitt as Patrick, and a few others, and oh, this list wouldn’t be complete if a murder icon isn’t on it, would it? Victor Creel will likely spice up the show as a disturbed man, who is held captive at a psychiatric hospital for a gruesome murder in the 1950’s.