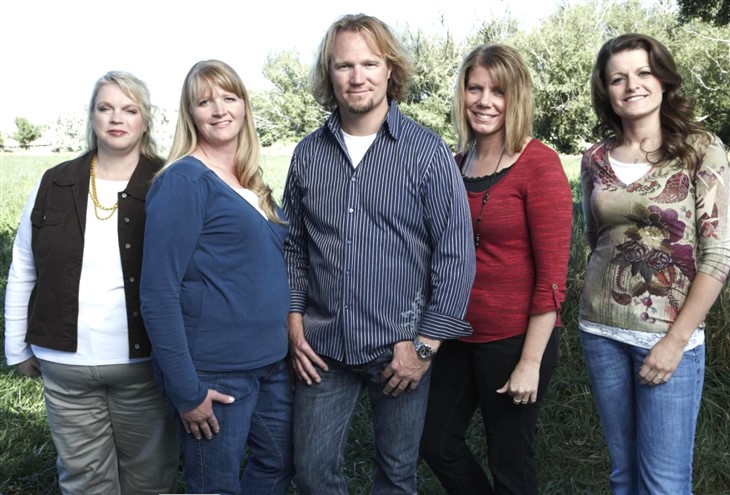 Sister Wives fans recently rejoiced when TLC renewed their favorite reality TV show. And now, about a month ahead of the upcoming season 16 premiere, TLC has gifted us with a Sister Wives sneak peek!

Check out what TLC just shared on Instagram, plus find out everything you need to know about the upcoming Sister Wives season.

For instance, some fans thought that the show featuring pro-polygamy patriarch Kody Brown would get removed from TLC completely.

But others suspected that Kody could, like a game of Survivor, outplay and outwit even network execs.

As a result, some Sister Wives cancellation rumors focused on cancelling one or more of Kody’s four wives.

But now TLC appears to have banished the majority of those rumors by announcing the exact premiere date for the new season.

And the network didn’t stop there, as we reveal below.

“Foundations are crumbling? 🙁 The Browns question everything they thought they knew. Don’t miss an explosive new season of #SisterWives!” wrote the network on Instagram.

As Sister Wives fans noted, the clip shows family members increasingly “starting to feel how Meri has felt for years.”

And one Sister Wives viewer pointed out that Meri has felt “alienated for years” from not just Kody Brown but her other sister wives.

Sister Wives Spoilers – What Will The New Season Reveal?

With Kody Brown continuing to favor his newest wife, Robyn Brown, some predict that upcoming episodes will show even more clearly that Kody doesn’t care about his other wives.

And one Sister Wives fan sent a message to the cast on Instagram.

As a result of that Instagram sneak peek, the fan contended that Kody’s first, second, and third wives “deserve better!”

But beware, cautioned several viewers. They believe that Kody Brown will never let go of those first three wives because “he depends on the show for income,” claimed one fan.

Everything To Know About Sister Wives New Season 16

Here’s what to know about the upcoming season of Sister Wives: