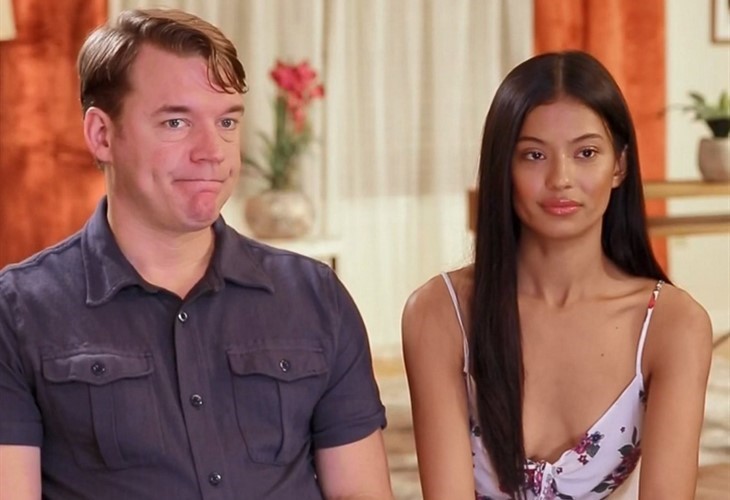 90 Day Fiancé stars Michael Jessen and Juliana Custodio managed to keep their relationship alive for much longer than 90 days.

But despite their positive track record, Jessen just made a shocking confession on Instagram about why they broke up. And that announcement got quickly followed by Custodio offering her own views of what went wrong.

Find out what caused the 90 Day Fiancé stars’ love life to collapse below.

In an era where social media has replaced the conventional press release for many celebrities, Michael Jessen recently used Instagram to share his breakup with Juliana Custodio.

The “90 Day Fiancé” star timed the breakup Instagram announcement to occur on their second wedding anniversary.

But when Michael’s original Instagram post sparked a backlash, he revised it to give a “mea culpa on the OP and on our marriage.”

Reflecting on the photo he posted of their wedding day, Jessen shared his gratitude for “all of our time together, the wonderful memories shared, and the lessons I have learned.”

And the reality TV star also emphasized his strong support for his ex.

“Juliana is busy working on her career and I am supportive of her in every way and without exception. I will continue to cheer her on as her #1 fan as she pursues her goals and dreams. With Love, Michael,” added Jessen.

TLC 90-Day Fiance Star zpoilers – Slams Jessen: ‘I Was Feeling Like A Maid’

It appears that Custodio also changed her own breakup Instagram post after a backlash. But Fox News reports that in her original post, Juliana wrote via Instagram to Jessen, “As well you pointed out, we went through a lot together, the COVID was a hard time.”

As a result of the pandemic, though, Custodio felt that “the hardest part for me was to picture you as someone that would be by my side, and unfortunately you showed something completely different.”

And Juliana spelled out the moment she knew she “needed” to leave her relationship with Jessen.

The reality TV star admitted that she felt she no longer felt like herself. “I wasn’t part of the family anymore, I was feeling like a maid. It was toxic to a point I was not living the life I wanted to live,” she insisted.

And so she changed her views of what would make her happy in the future. “I love myself more, to the point to recognize I am important and I want to be happy,” summed up the reality TV star.

Although Juliana deleted that original response, she did post a thoughtful new Instagram picture with an insightful caption. The photo shows a rainbow shining against a cloudy sky. And the reality TV star’s caption revealed her positive attitude about what happens next for her.

“After the storm comes a rainbow 🌈 .,” wrote Juliana.

The couple first appeared on TLC during Season 7 of “90 Day Fiancé” in 2019. And as their recent Instagram posts reveal, they now feel they can be happier apart rather than together. What do you think of 90 Day Fiancé stars Michael Jessen and Juliana Custodio’s decision?

Share your views with us! And be sure to check back on our site for all the news about 90 Day Fiancé.