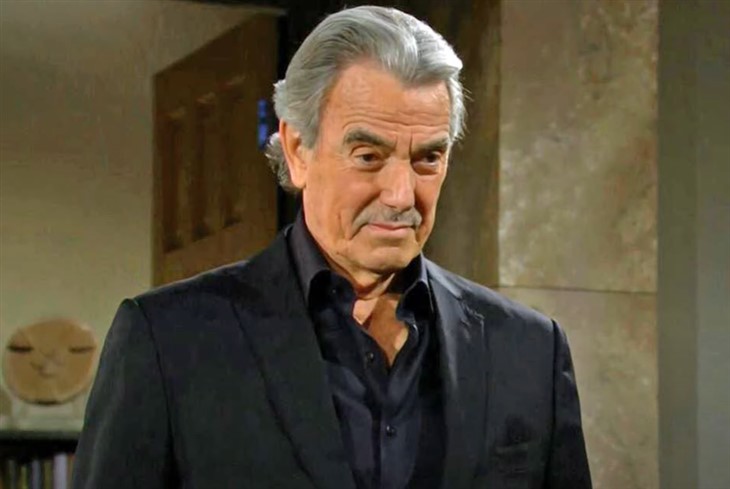 The Young and the Restless spoilers reveal that Richard Burgi discussed his character, Ashland Locke. What happens if Ashland and Victor Newman’s (Eric Braeden) relationship sours? Surprisingly, Burgi teased that Ashland could easily take down Victor by using chicanery and brute force.

The Young And The Restless Spoilers – ‘Locke-ness Monster’ Humiliated

Y&R spoilers reveal that when Ashland and Tara Locke (Elizabeth Leiner) came to Genoa City, it was to unload a company. Called Cyaxares at the time, fans now know it as Newman Media. Ashland tried to play mind games when it came to the bidding wars. The media mogul even made a few promises with no intention of keeping them. Victor ended up in a confrontation when Ashland suddenly had a heart attack. Victor wouldn’t call 911 until Ashland signed the contract, which he did.

The Young And The Restless Spoilers – Ashland Locke’s Chicanery

The Young and the Restless spoilers reveal that Ashland seems to be helping Victor and Adam Newman (Mark Grossman) right now. Despite Billy Abbott’s (Jason Thompson) attacks on Ashland, he’s small potatoes to the businessman. There’s another reason for Ashland wanting in on Victor and Adam’s plan, which has nothing to do with Billy or ChancComm.

In fact, Burgi teased to Soaps.com that if the relationship between Victor and Ashland ever fails, fans better be prepared for some heavy-duty chicanery!

Going a bit further, Burgi actually predicts that in a war, Ashland would easily defeat Victor. Now, fans might disagree with that considering Victor’s track record. However, nobody wins all of the time… not even Victor.

“There’s a duality to Ashland, which is the beauty of a character like him… People aren’t just one thing, and they aren’t always the thing that they present to the world. In many ways, Ashland and Victor are similar. Even certain aspects of their backgrounds are similar. I would take him in a heartbeat. Chicanery, underhandedness and brute force.”

What do you think of what Richard Burgi said about Ashland Locke? Do you believe that Victor Newman has actually met his match? Could we actually see Victor experience defeat, or does Ashland have no idea who he’s messing around with? We will have to keep watching the CBS soap to find out what happens next.