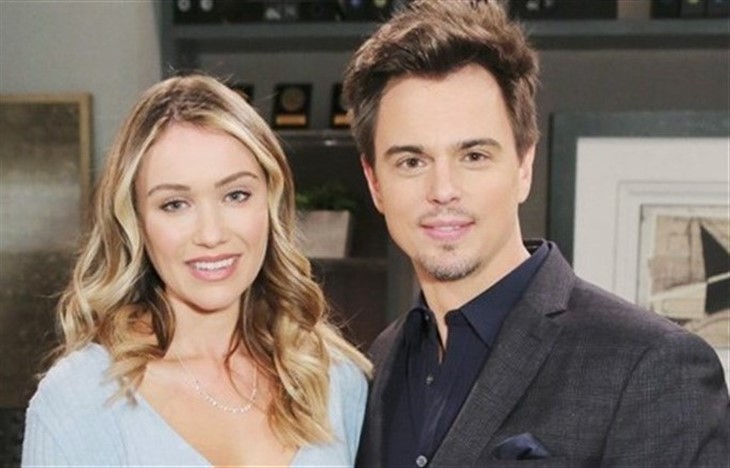 The Bold and The Beautiful (B&B) spoilers and updates reveals viewers have been concerned with the lack of screen time for Wyatt and Flo and worried that they have been sidelined. The duo has actually been working on otherprojects and are still very much a party of the CBS soap.

The Bold And The Beautiful Spoilers – Brad Bell Speaks Out

Brad Bell the executive producer of B&B did something recently for Darin Brooks and Katrina Bowden that he has not done in the case of other cast members who are not being utilized. There are quite a few characters that are not currently on-screen but no explanation has been given. Bell decided to speak out and let the fans know the reason why this popular duo is not being seen. Bell assured viewers that all is well and that both Brooks and Bowden are working on other projects.

Wyatt Spencer (Darin Brooks) and Flo Logan (Katrinia Bowden) are a popular B&B couple who have not been involved in any front burner storylines in a while. Fans have been wondering why they are not being utilized and assumed the duo had been put on the back burner or gone on recurring status. Soap Opera Network recently reported that Bell says that both cast a part of The Bold and the Beautiful but they have simultaneously been very busy.

Brooks has been a very busy man working on multiple projects. He has done The Crids: Family Tree for Peacock and Hulu and will play the lead in the movie Back to School which was written by Days of Our Lives actor Matthew Ashford. The fan-favorite will also be starring in the single-camera Apple TV+ comedy series “Amber Brown.”

Bowden was recently cast in an independent movie, the crime drama Dead Wrong. The film is about a narcissistic man named Billy and Bowden portrays his suicidal wife Barbara. She has a nymphomaniacal younger sister, and the rest of the cast is quite colorful. There is a pimp/bookmaker, an alcoholic lawyer with a gambling addiction, a Brooklyn-born bookmaker/pimp, an ex-con seeking redemption from his goody-goody wife. and a hard-nosed insurance investigator. Fans of Brooks and Bowden can expect them to be back in action on B&B once their other projects are done.