Sister WivesCastDancing With The Stars 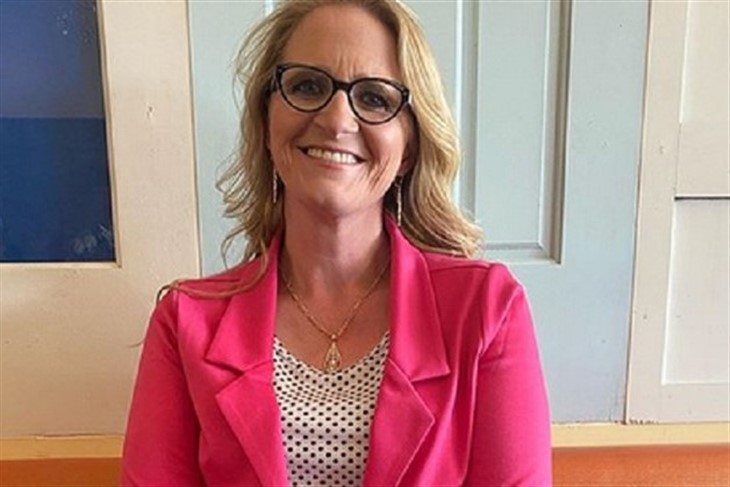 Sister Wives star Christine Brown has recently stolen the reality TV show spotlight from Robyn, Meri, Janelle, and even Kody Brown in the wake of her split. And now, following her bombshell exit from the polygamous clan, Christine feels ready to spill to her fans.

Using Cameo, the Sister Wives star has opened up about everything from parenting to life after polygamy. Christine’s revelations occur amid rumors that she might join the next season of Dancing With The Stars! Learn more below.

After news spread that Christine Brown had decided to divorce polygamous husband Kody Brown, some fans feared that the Sister Wives star would steer clear of the public spotlight. Wrong.

Instead, Christine has created a Cameo account. That setup allows her Sister Wives fans to request video messages on different topics directly from Christine, per the Sun. And the Sister Wives star has blossomed with that arrangement, happily spilling details of her new life to her fans.

For instance, the 49-year-old reality TV star has discussed co-parenting with her ex-husband Kody. Putting a positive spin on the situation, Christine expressed hope that she and her ex could hold onto some sort of friendship. But she also hinted at challenges in her new relationship with Kody, admitting to “good and bad” days.

For Kody Brown’s ex wife, the future looks bright. In a special Cameo video for a fan named Dusty. Christine revealed that she feels “like a much better person” after the divorce. And for those who assumed Christine made the decision too quickly, the reality TV star emphasized that the divorce was a “long time coming.”

At this point, the change from living in Kody Brown’s polygamous family with Janelle, Meri, and Robyn to creating a new life feels like “a whole new world,” added Christine. But the reality TV star hasn’t lost her focus on parenting Truley, age 11.

As a result, Christine wants to maintain a positive relationship with Kody for Truley. “Because we’ve been still real high communicating with each other and stuff,” she admitted. “But we have a life still together after this because we have kids to raise.” The Sister Wives star revealed two goals for her and Kody’s behavior: “Good and amiable.”

Now that Christine has made the leap from her polygamy family, rumors swirl that Brown might choose to join a different TV show for her next act. Could the chance to compete on Dancing With The Stars (DWTS) tempt the newly single reality TV star?

The DWTS rumors began on Reddit. Some users in that social media platform want to encourage Christine to join the next Dancing With The Stars season. For instance, one Reddit commentator write, “I would love that… I think she’d have a blast.”

And some offered predictions of how starring on DWTS could even help Christine. “I would love to see her living her best life on DWTS,” shared one fan. “But OMG, her doing Dancing would be awesome! And Kody would be so jelly!”

While the opportunity to make her ex-husband jealous might not seem like the most positive motivation to star on DWTS, another commentator offered a more upbeat angle. “I can see her going on a journey of self-discovery and maybe dancing with the stars is part of that journey,” added the user.

What do you think about Christine Brown divorcing Kody Brown? Do you feel that Dancing With The Stars could help her expand her new world? Share your views with us. And then check back on our site for all the Sister Wives news!

Sister Wives Spoilers: Kody Brown Reveals When He Knew Christine Was Serious About…