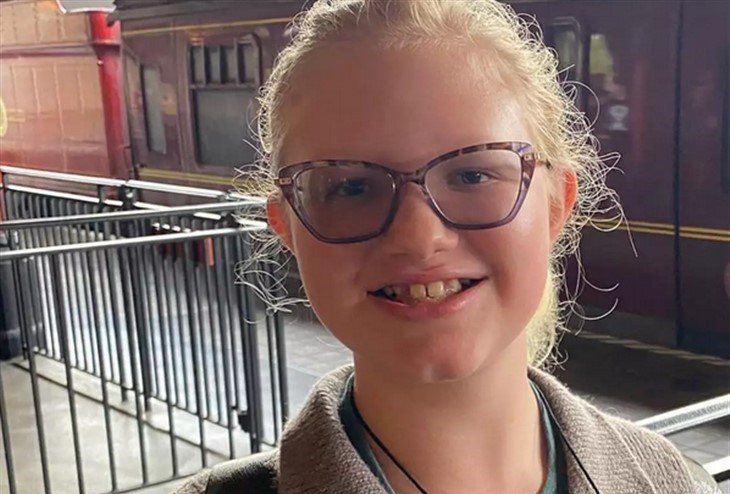 Sister Wives fans have a soft spot for Truely Brown, the youngest daughter of Kody and Christine. You might recall that fans saw her birth in one of the early episodes of the TLC show. Additionally, at one stage, Christine feared for the life of her daughter when she fell very ill with kidney problems. Well, she’s strong now, and growing into a beautiful young teen these days. This week, she celebrated a birthday and invented a creative theme.

Sister Wives – Truely Brown Was The Baby Of The Family

Before Robyn Brown had her little kids, Ariella and Solomon, Truely was the baby of the family. Her older sister Mykelti had a baby, Avalon, and now she’s an aunt! These days, the sister of Paedon, Ysabel, Mykelti, Gwen, and Aspyn grows up tall and sturdy and she looks very much like her mom’s mini-me. But, she’s still young enough to enjoy the company of Avalon and Ariella. Sometimes, she hangs with Janelle‘s daughter, Savanah.

Sister Wives fans heard that after Christine left Kody and moved to Utah, she and Kody share custody of their daughter Well, it’s not clear how much he gets involved in her life, but sometimes fans see Christine and her youngest kid driving to Flagstaff. Both of them seem to love road trips, so it’s a bit of a win-win. With Christine landing her own cooking show, fans seemed double-happy because the first episode revealed her in the kitchen with Truely.

Truely Brown enjoyed her birthday and as she’s always so creative, her mom mentioned that in her caption. She said, “It’s this cool kid, Truely’s birthday today! She’s 12 years old and just so amazing, creative, kind, brilliant and SO FUN to hang out with!” Well, fans know that she loves acting and dressing up. Once, she entertained the whole family with an impromptu skit that got them rolling with laughter.

The Sister Wives kid also got a lot of admiration from fans when Kody tried to teach her how to ride a bike. Actually, Truely never took the idea of it, but when Kody pushed her beyond her limits, she told him off. At the time, she said that it was her body, and she warned him off pushing boundaries. At the age of 12, it certainly seems that Christine raised a level-headed and fun daughter.

Sister Wives fans sent in plenty of birthday wishes to Truely Brown. As she’s a popular kid, many people said nice things to her. Of course, they also feel a bit sad because these days, she doesn’t live with her dad, Kody.

One fan wrote, “12 already? i remember the episode when you had her.”