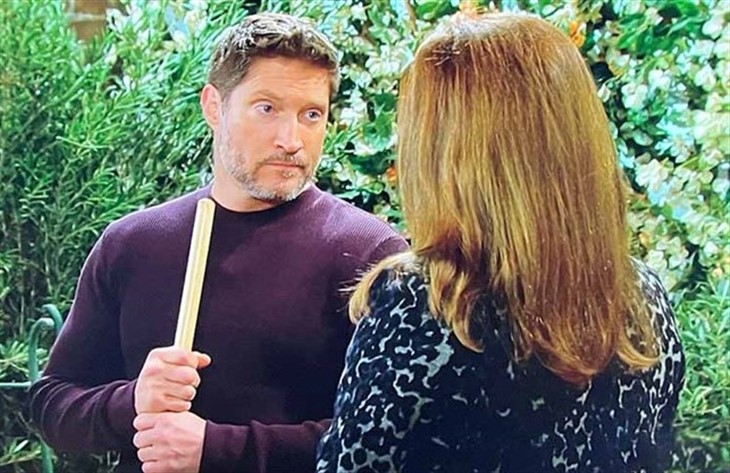 Viewers of The Bold and The Beautiful will recall Sheila came very close to taking her own life in a recent episode of The Bold and The Beautiful, and came very close to taking Taylor Hayes’ (Krista Allen) along with her! It truly was an accident – Sheila was getting ready to jump off the ledge and Taylor convinced her to take her hand, but Sheila started to tip, and Taylor flipped over the edge of the ledge! Sheila managed to hang on long enough that they both didn’t go over the edge, but it was close – gravity had been their enemy but she saved Taylor’s life after trying to take her own! But, as viewers of The Bold and The Beautiful can imagine, saving Taylor’s life didn’t make up for taking her son John “Finn” Finnegan’s, (Tanner Novlan) and Sheila continues to be tormented by her guilt over killing him!

Longtime viewers of The Bold and The Beautiful and its sister soap, The Young and The Restless, know that Sheila had other children – three daughters and another son; but they all abandoned her, or she abandoned them. Viewers of The Bold and The Beautiful can imagine that Sheila thought that she had a second chance to be a good mother to Finn, and now that chance is gone forever, and all because she tried to kill his wife, and he got in the way! Sheila is starting to regret trying to kill Steffy Forrester Finnegan (Jacqueline Macinnes Wood) because if she had succeeded, her grandson Hayes Finnegan (Piper Harriot) would have been orphaned, and she wouldn’t have wanted that! It would seem that Sheila is starting to grow a conscience, and that conscience is punishing her more than any prison sentence ever could, with her guilt tormenting her and afraid to sleep because of the nightmares of the sight of Finn dead on a pile of garbage!

Viewers of The Bold and The Beautiful know that Deacon doesn’t know that Sheila was the cause of her own son’s death, or that she shot Steffy, she covered up the crime scene very well by staging it as a robbery gone bad! Her grief and pain was very real when Deacon came to her to tell her Finn and Steffy had been shot in the alley behind Il Giardino, and she had been crying all night by the time he got there. Viewers of The Bold and The Beautiful can imagine that Deacon may get a clue that she was involved, however, when she starts lashing out at him in ways that make no sense! She may descend into a crying jag and wail why didn’t he stop her – then correct herself when he questions her, telling him she meant she wishes he had shown up sooner and maybe stopped IT. Still, Deacon may ask some pointed questions of her, keeping in mind that if she did kill her own son, it wouldn’t have been planned!