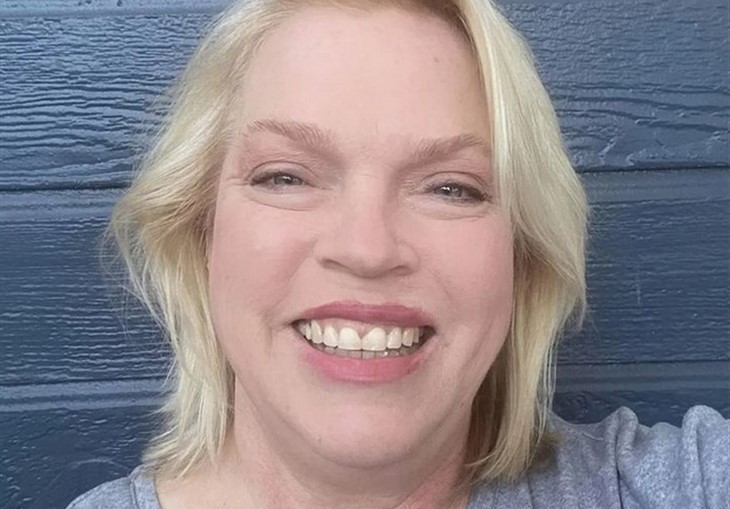 Sister Wives fans know that Janelle Brown seemed to opt for a life with Kody Brown in Season 16’s Tell-All. However, her many activities these days make fans wonder if she actually left him. Perhaps she saw that Christine enjoys her new single life and decided to do likewise? Whatever she’s up to, it certainly looks like she enjoys her life to the full at the moment.

These days, Janelle seems to travel rather a lot. Usually, it’s Meri who heads off on road trips. Or, sometimes, Christine posts about herself and her daughter Truely enjoying the commute between Utah and Flagstaff. However, it’s very seldom that Meri and Janelle and Christine meet up and enjoy a trip together. Actually, it’s not clear that Janelle or Chrisitne have much time for her at all.

Sister Wives star Janelle went off with Caleb and Maddie Brush to Disneyland recently. Plus, she spends a lot of time doing promos with her daughter for their dietary supplements. When she goes off on local trips, she never mentions Kody at all. So, it’s no wonder that TLC fans wonder if she also left him. While she looked forward to moving back onto the Coyote Pass property in the RV this spring, that doesn’t seem to have happened yet.

Janelle Brown looks almost as happy as Christine does these these days. Recently, she spent time with Evie and her brother Axel. Whether she shares throwback photos isn’t clear, but she does post rather a lot about them. Additionally, she shares about going on drives in spring. This week, she shared a photo of some stunning Arizona scenery. Plus, she posted a photo of herself enjoying donuts with Evie.

Sister Wives fans always enjoy the posts that Janelle shares. But, they wonder why they never show Kody with her or the grandchildren. Is he absent just to keep fans guessing for the show? Or, is he still holed up with Robyn living in fear of COVID?

Sister Wives fans suspect the Janelle Brown might still stick with Kody because he is part of her comfort zone. In fact, some folks think that despite the way he mistreated Gabe in Season 16, Janelle might just find it easier to go with the flow.

Perhaps fans will see more to clarify the situation in Season 17. So far, the only spoilers that came out suggested that fans will actually see Christine pack her bags and head for Utah.

Be sure to catch up on everything happening with the TLC cast right now. Come back here often for more Sister Wives spoilers, news, and updates