Sister Wives: Christine Brown Gets Her Own Series 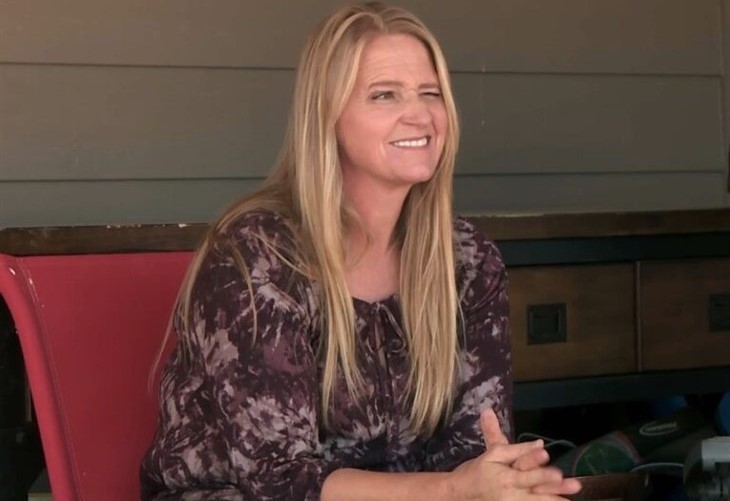 Sister Wives Christine cooked for most of the Brown family when all of the kids were little. Christine would make breakfast and usually have dinner ready as well. It was announced this morning on social media that Christine would have a new series coming out soon called Cooking With Just Christine.

Christine Brown offers a short introduction saying that some people would recognize her from Sister Wives. Christine says she loves to cook and promises to share some of her favorite recipes with the viewers. Christine’s daughter Truely Brown can be seen walking into the kitchen in the shared clip. Could Truely be a part of the series as well? Christine is very close to all of her children so fans should not be surprised to see some of them popping up now and then.

Sister Wives Spoilers  – Fans Are Thrilled About The New Series

Sister Wives fans have been begging TLC to give Christine her own show. Fans are thrilled that TLC listened because they want to keep up with Christine’s life. Fans are afraid that Christine will be phased out of the show if it continues because she has left the family. Christine is probably the most loved of the sister wives. Sister Wives fans may not be into cooking shows but they are eager to support Christine after she walked away from the dysfunction in her family. Fans simply want to offer Christine their support.

One thing is for sure, Sister Wives fans are glad that Christine has a new life in Utah where she is happy. Fans want to keep up with Christine and are glad to see the changes she has made in her life. Sister Wive fans applaud Christine for having the courage to walk away from Kody and not have the kind of marriage that Meri Brown has with him. Even fans who aren’t into cooking shows want to show their support for Christine.

The downside to this announcement is that no premiere date has been given. Christine fans will have to watch for an announcement but hopefully, the show will premiere very soon. Congratulations on the new show, Christine, fans cannot wait to tune in.

DOOL Spoilers: Gwen Left At The Alter Over Sarah Secret