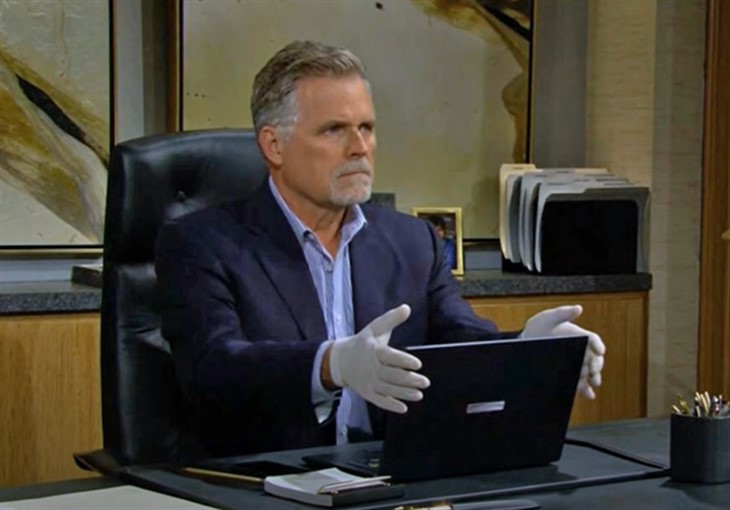 The Young and the Restless (Y&R) spoilers reveal what looks like the end of the line for Ashland Locke.

It looks like Ashland Locke’s (Robert Newman) reputation as the Locke Ness Monster was well earned. Victoria Newman Locke (Amelia Heinle) finally knows that and when it’s time for them to get on the plane to Italy, she laughs in his face and tells him the entire Newman clan has been tricking him and she is not getting on a plane with him anywhere.

When Ashland looks genuinely shocked, Victoria can’t believe his nerve. He told lie after lie after lie and she was supposed to believe every one or forgive all of them once she learned them. And she did. Over and over again. But to lie about cancer is too much. Finally, Ashland tells the truth. Yes, he did lie about having cancer. Every treatment she dropped him off at was not a real appointment, his medical records were faked, and he became a great actor so he could fake all those symptoms that really didn’t seem like cancer or chemo symptoms. At least he is finally telling her the truth.

Yes, Ashland lied about the cancer and everything else and it was all a ploy to get Victoria to fall for him and hand him Newman Enterprises. However, he didn’t expect that he would fall in love with her and now he is a changed man. He truly believes if they leave Genoa City and start life in Italy together that they can forget about the past and every horrific lie he told and start over.

Victoria is not buying into this at all, After all, she’s been burned way too many times before and she is not going to be taken for a fool again. But then, a twist happens that leaves Victoria doubting everything. What can Ashland do that would really make her take him back? Rumor has it Ashland does a very good thing that has Victoria looking at him differently. But will she stay with him? Hmmm… Stay tuned to The Young and the Restless weekdays to see how this story turns out.