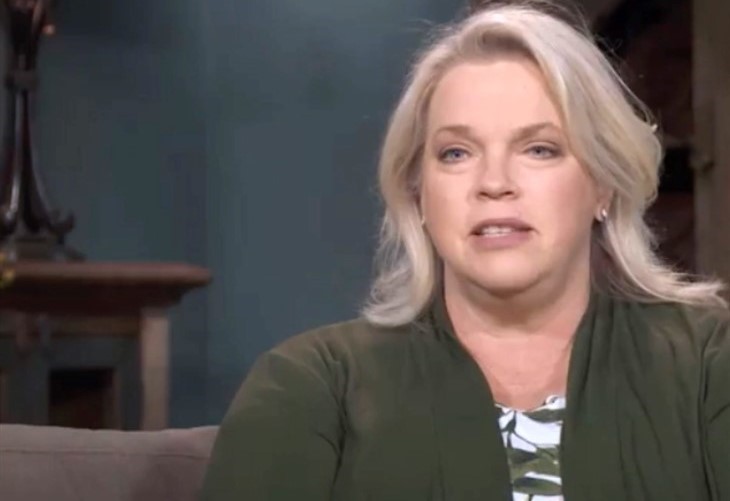 Sister Wives Spoilers suggest Kody Brown wants to lay down the law but his wife they know. Has Kody not only lost Christine Brown but Janelle Brown as well. Both Janelle and her children feel like Robyn is the only one who matters. Can Kody repair these relationships?

Sister Wives Spoilers – Kody Brown’s Demands Are Too Much

When Sister Wives Kody laid out his rules for COVID prevention so this family could get together for the holidays Janelle brown was taken aback. Janelle had been following CDC guidelines and thought she was doing what she needed to do. However, Kody’s list expects people to wipe down their mail, change clothes every time they go out, and not even go grocery shopping unless they do pick up. At least one of Janelle’s kids works outside the home therefore he has to socialize with people outside the house. Kody has even expected his son to give up his job although he’s trying to save for a home of his own.

Now Kody blames his wives for not bending to his every whim. Kody is even gone so far as to give his son an ultimatum, either your girlfriend or me. Kody believes he’s lost all control of his wives except for Robyn Brown who bends over backward to please him. Kody will not spend time with people not adhering to his rules because he claims he cannot spend 2 weeks away from his children with Robin. However, Kody had 13 children before he married Robyn. Should those children not matter to you? Why does Kody believe that his younger children are the only kids that should have his attention at all?

Sister Wives Janelle recently became upset with Kody as well. Kody implied that Janelle was not taking COVID seriously. However, Janelle has had to leave town to go help her daughter while her granddaughter had surgery. Kody even refused to accompany his daughter Ysabel to a much-needed back surgery. Kody refused to spend that time away from Robyn and her children. However, his relationship with Ysabel has suffered because of this. Now Kody’s relationship with Gabriel Brown and his son Garrison Brown is suffering as well.

Kody believes that he should be able to spend months on end with one wife and then run another wife’s house. Kody blames Janelle for her children’s decision to go ahead and continue with their social lives. Kody is even to the point of wanting his older children thrown out of the house. Should it be Kody’s choice to throw someone out of Janelle’s house? Does Kody have the right to expect his wife to throw his children out of the house? Should Kody put someone else first besides himself for once?

Sister Wives Kody is single-handedly breaking his family apart. Kody’s older children feel like he doesn’t care about them at all. Now Kody is demanding that his son break up with his girlfriend so he can come around. Kody wants things to be his way or no way at all. After all, Kody does not seem to be committed to Christine or Janelle in the lease since covid has started. Kody also chooses to ignore Meri’s needs as well.