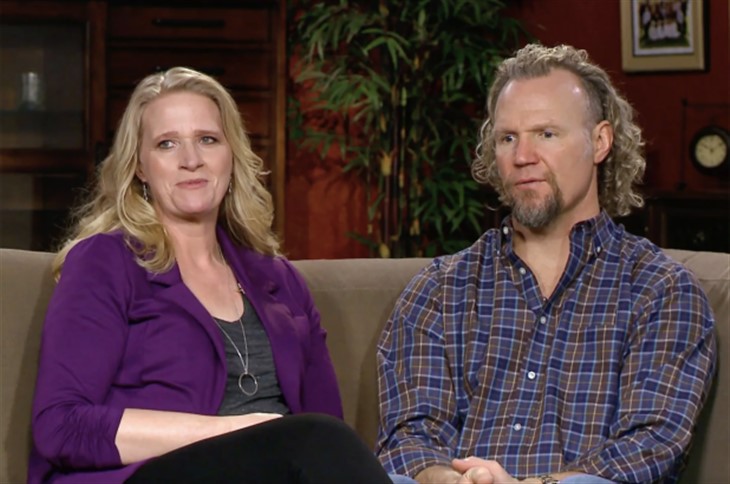 Sister Wives spoilers hint that Christine Brown won’t walk away from Kody Brown alone this year. Clues point to a SECOND wife giving up on the polygamy patriarch! And given that Robyn Brown rules as the woman behind Kody’s Sister Wives throne, can you guess if Meri or Janelle Brown might follow Christine out the exit door?!

Find out which of Kody’s spouses seems most likely to give up on Brown below. (We wish we could promise that she’ll preface that exit with a Sister Wives version of “So Long, Farewell” from the “Sound of Music.” But alas, we couldn’t find any sneak peeks indicating that possibility!)

Sister Wives Spoilers – Who Could Leave Kody After Christine?

Christine Brown rocked the Sister Wives world when she announced her split from Kody Brown. But while the polygamy patriarch maintained a calm presence in front of the cameras, spoilers hint that something else could be brewing. And that something spells trouble for Kody’s desire to hold onto a plural marriage.

We already know that Robyn wins the prize for (apparently) getting whatever she wants when she wants it. (Remember the infamous nanny episode?!) But spoilers hint that while Meri can handle the World According To Kody/Robyn, Janelle feels increasingly at odds. As a result, she just might take her cues from Christine and quit her polygamous marriage, reports the Sun.

Janelle, though, might not even get a chance to call it quits. Some suspect that Kody himself sees her as increasingly disloyal. Could the Sister Wives patriarch take his own cue from Christine and kick out Janelle BEFORE she can follow in Christine’s footsteps?

Sister Wives Spoilers – All The Hints That THIS Wife Will Leave

A series of clues add up to the possibility that either Janelle will quit or Kody will split from her. And two key themes emerge in that series. First, Kody demands loyalty. And Janelle doesn’t seem to give her spiritual spouse what he desires. And second, Janelle increasingly has turned to Christine for company rather than Kody, Meri, or Robyn.

For instance, Janelle has enjoyed traveling with Christine to Disney. In the wake of those vacations, Christine shared photos posing with Janelle. Those pictures hint that Christine and Janelle spent the holidays together, with Christine posting on New Year’s Eve.

Janelle has stepped up to repeatedly challenge Kody. During the family talk about how to spend the holidays, for example, Janelle verbally attacked her spouse. All these hints add up to Janelle “calling out Kody’s abusive bulls**t all season,” pointed out one fan. “Especially his passive-aggressive diatribe during the family meeting about Thanksgiving. This is all speculation because she hasn’t announced anything, but it seems to me like she’s been undergoing some massive changes.”

Do you think that Janelle Brown might follow in Christine Brown’s footsteps and split from Kody? Or do you predict that Kody himself will ask Janelle to head out the Sister Wives exit door? Share your views. And then check back on our site for more Sister Wives news!