Sister Wives Spoilers: Is Christine Brown Rich Or Just Realizing Her Self Worth? 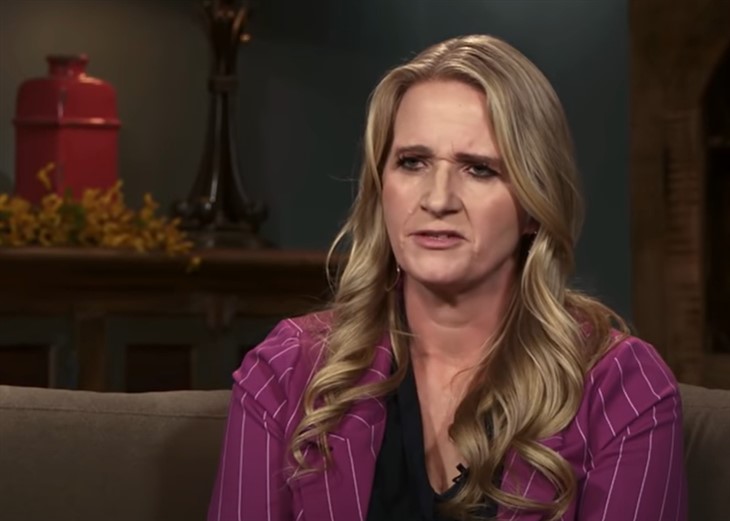 Sister Wives Spoilers indicate that Christine Brown is living her best life now that she has moved to Utah. Christine has a beautiful duplex worth over 1.1 million dollars. Christine seems to be more healthy these days and much happier. Has Christine finally become the woman she always wanted to be?

Sister Wives Christine has often talked about being considered a basement wife. When the wives lived in the same house in Utah, Christine lived in the basement of the house. It still bothers Christine 27 years later that she was considered a basement wife. Christine says you don’t ever want to be the basement wife in a plural family because it makes you feel like a dirty little secret. Christine was also the homebody of the three wives. Christine was the homeschool teacher and that cook before all of the children were enrolled in a polygamist school. However, Christine has not been happy just being the domestic wizard. Now things are much different in Christine’s world.

Sister Wives – Christine Brown Is On The Move

Sister Wives Christine has been on the move for some time. Kody Brown often clashed with Christine over traveling not only for their daughter Ysabel Brown’s surgery, but also to see their older children. Christine is very close to Janelle Brown’s children as well as her own. Christine has helped raise Janelle’s kids as well. Kody would get upset over Christine, and even Janelle, visiting Maddie Brown Brush doing the pandemic. However, Maddie had needed help because of her daughter’s medical issues. Finally, Christine has had enough and moved to Utah to be near her children. However, Christine’s business has grown as well.

Of course, like the other cast members, Christine received money as a star of the show. However, Christine also has businesses as well. Christine has sold Lularoe along with Meri Brown for years. Christine and Janell also have their Plexus business. According to Kody, Christine even had to hire help to assist with the businesses. Christine’s latest Instagram post has her looking completely at ease. Christine refers to it as channeling David from Schitt’s Creek, others believe she is finally at ease with her life and that she has come to accept her worth inside and out.

One thing is for sure, a 1.1 million dollar duplex is a far cry from being the basement wife and Christine obviously has no intention of going there again. Keep smiling Christine, this move has been very good for you.