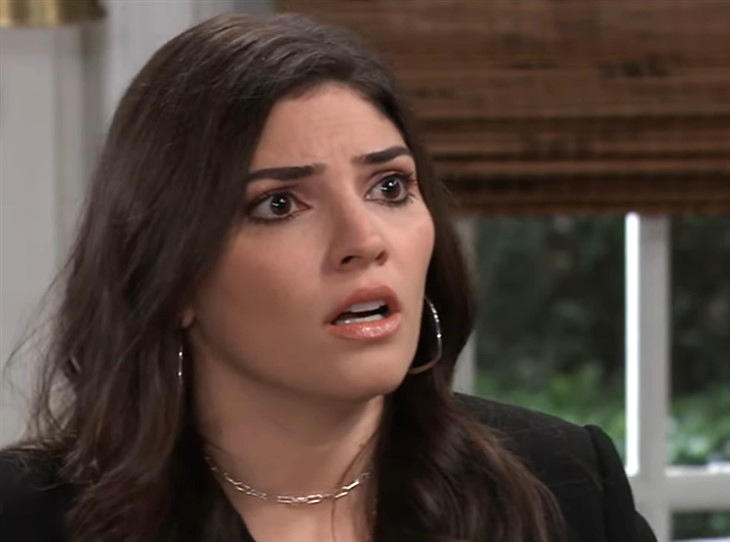 General Hospital (GH) spoilers tease that although Brook Lynn Quartermaine (Amanda Setton) is doing a completely selfless thing by keeping Maxie Jones’ (Kirsten Storms) baby in order to keep the infant away from Peter August (Wes Ramsey), she’s made her fair share of enemies recently as well. And those enemies seem to be coming together to exact some sort of revenge!

General Hospital Spoilers – Valentin Cassadine Is Out For Blood!

Brook Lynn made the mistake of crossing Valentin Cassadine (James Patrick Stuart) by making him believe he was the father of her baby. Of course, Brook Lynn isn’t really the baby’s mother either, but Valentin doesn’t know that yet. So when Gladys Corbin (Bonnie Burroughs) discovered a recording of Brook Lynn admitting that Valentin wasn’t the baby’s father. Brook Lynn had no choice but to tell Valentin that little piece of the truth. Valentin loved that baby and to have her ripped away from him has left him looking for revenge. But he isn’t alone.

Valentin was shocked to find out recently that Victor Cassadine (Charles Shaughnessy) was his biological father. While Victor has tried to forge a father and son with Valentin, Valentin hasn’t wanted anything to do with Victor. At least, not until Victor offered his assistance to get back at Brook Lynn. Both of them separately approached Dr. Austin Gatlin-Holt (Roger Howarth) who is yet another person to hate Brook Lynn! And if they indeed come together, it could spell trouble for not only Brook Lynn, but Maxie as well!

Recently Anna Devane (Finola Hughes) suggested that Maxie return to the woods she gave birth in, along with Austin. While Maxie knows exactly what happened, Austin has hinted he was only half out of it and has remembered snippets of the conversation between Maxie and Brook Lynn as the swap was happening although not from where. If he remembers the entire series of events, this could end up getting back to Victor who will certainly tell Peter where he can find his daughter, making everything that Maxie and Brook Lynn have done up until now pointless.

Will Austin remember that Maxie gave Brook Lynn her baby in the woods? Will he keep this knowledge to himself? Or will he tell Victor and unwittingly lead Peter to find his daughter? Anything can happen in Port Charles so stay tuned to General Hospital airing weekdays on ABC. And don’t forget to check back right here regularly for all your General Hospital news, information and spoilers!