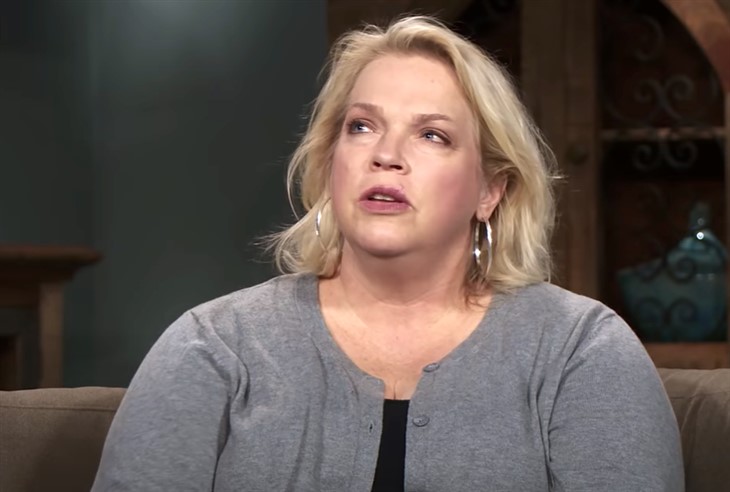 Sister Wives fans know that in the past, Janelle Brown seemed more like a friend to Kody than a wife. Well, clearly they enjoyed a marital relationship in the past, given that she raised six children. But of all of the wives, she seemed better able to cope with jealousy. So, has she reached the point now, where she simply doesn’t care? Is she even in the family for Kody Brown?

Meri Brown went off and got catfished, and yet, she remains on the fringes of the family. She always claims that she never left Kody because she loves the family. In that respect, Janelle seems similar to Meri. However, they are very different in personalities, fans agree. While Meri actually looks desperate for her husband’s attention, Janelle does not. TLC fans think that she’s a strong person who might walk out the door any time she chooses, and it might lie in the fact that she doesn’t live for his attention.

While Sister Wives star Robyn claims in Season 16 that she really wants polygamy, TLC fans are not convinced. In fact, they think that if Janelle Brown followed Christine and left, and if Meri evaporated, Robyn would be fine with that. Now that Christine left, fans urge his second wife to do the same. However, does she care enough about her man to even bother with jumping out of her comfort zone?

Sister Wives – Star Janelle Seems To Just Roll With It

In Season 16, fans see that Janelle Brown grows irritated with Kody and his Covid rules. However, she seems more than irritated this time, as Kody seems brutal towards her kids. That got Mama Bear growling. And yet, she doesn’t seem to be in a huge hurry to just get out of his life. In a teaser for the show this weekend, she admitted that it would be easy to pack up and leave.

Strong, the Sister Wives star opts to just tell her husband where to get off the ride over her kids. It’s as if she really doesn’t care what he thinks. Clearly, she thought about leaving, but as she pointed out, she’s still there despite it being so “easy” to walk away. It seems that she loves the company of the other wives and all the kids, but it’s not likely that the days of big family gatherings ever return. So, without the kids around, it makes it even easier to get out.

Sister Wives – Sticking With It Because Of The Company?

In the teaser, while Robyn sobbed, which Sister Wives star Janelle Brown ignored, she didn’t once use the word love. Clearly, if Kody’s upset, angry, or otherwise, she doesn’t bleed her heart out over him. In fact, some folks think she really couldn’t care less whether he loves her or not. She is simply there for all the kids, the other wives, and a sense of not being alone.

What are your thoughts? Do think that she stays because of the company and the fact that it’s better than being alone? Sound off in the comments below.