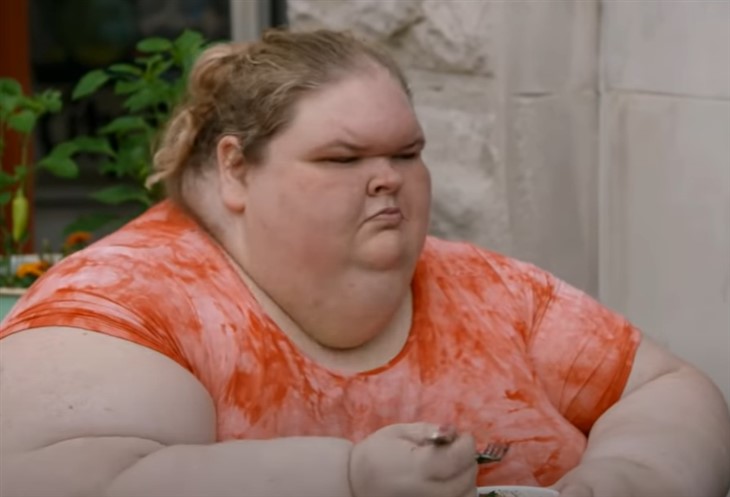 1000 Lb. Sisters Spoilers suggest that Tammy Slaton is back in the hospital and may have been there all year. Tammy may have gotten out of the hospital before Christmas after her stay for sepsis. However, Tammy has been missing in action on her social media for weeks. Has Tammy been in the hospital all this time?

1000 Lb. Sisters’ Tammy was reportedly released from the hospital in mid-December. Tammy was supposed to then go to a rehab facility to help with her weight loss as well as rehabilitation after her illness. Tammy posted photos in normal clothes and because of this announcement, everyone thought she was home. Perhaps Tammy was never released from the hospital at all or she went to rehab only to return. Whatever the case, Tammy is now posting photos again, in a hospital gown with her breathing tube. Has Tammy’s condition worsened instead of improving? Has Tammy been home at all?

How Long Has Tammy Slaton Been Hospitalized

1000 Lb. Sisters Tammy posted a photo today of herself in a hospital gown. Tammy was once again in a hospital room with her breathing tube attached and not talking. Tammy had been hospitalized for carbon dioxide poisoning and pneumonia.

Tammy has a tracheostomy that could possibly be for the treatment of her carbon dioxide poisoning. Tammy has been shown in all of her recent photos with the tube attached to help her breathe. After being hospitalized for sepsis, fans can’t help by wonder why Tammy has been hospitalized again. Could the sepsis have returned or is Tammy back in the hospital because of a breathing issue?

1000 Lb. Sisters fans often worry if Tammy has died. Fans know that Tammy’s doctors are worried about her survival and when Tammy goes absent, fans cannot help but wonder if she has died. Tammy has often told fans not to worry when she disappears but it’s hard when Tammy continues to gain weight and party.

Tammy’s partying needed to go because she is doing damage that cannot be repaired. Tammy’s siblings have been so concerned that Dr. Smith was summoned to come to speak to her at her house. Tammy revealed to the doctor that she has been drinking up to eight bottles a week. She also didn’t seem to care how much damage she is doing.

The Case For Austin And Britt On General Hospital