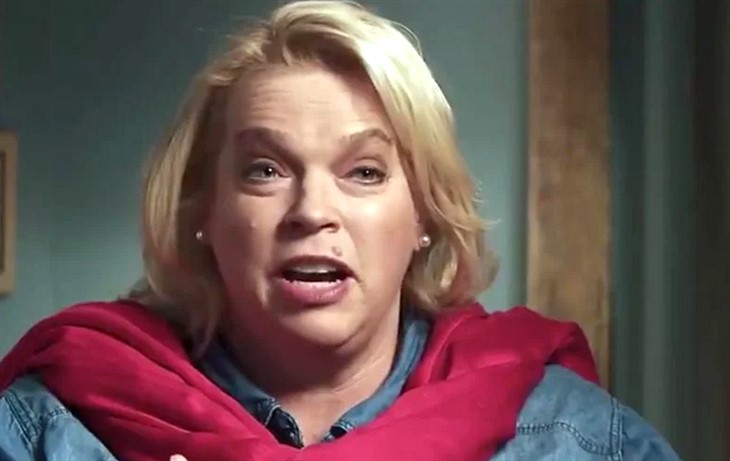 Sister Wives’ Janelle Brown reveals her “world doesn’t center around” her husband Kody Brown. The Sister Wives star revealed in a preview clip, for the Sunday, December 19 episode, that she doesn’t allow her world to revolve around the Brown family patriarch. In the clip, we see a frustrated Kody Brown discussing his strict coronavirus “rules” with his second wife Janelle.

Keep reading and we’ll tell you what went down.

The clip, obtained from the TLC sister wives Reddit, begins with Kody Brown, 52, lecturing Janelle, also 52, about following the COVID rules that the Sister Wives patriarch laid down, saying that if whoever was in her house didn’t follow his rules that he was “not coming around.”

Later, in a confessional, the polygamist patriarch explains “She’s taking risks with our relationship.” But in the conversation, Janelle tells Kody that she’s “heartbroken” and doesn’t know what to do. Kody goes on to say that “the issue [with the relationship] is COVID” adding that “COVID has revealed us” and that he doesn’t feel like he’s the head of his family any longer.

In the Reddit preview, Janelle explains “I learned early on not to make my world center around Kody.” The couple has been together since 1993, over 28 years, and they have a total of six children together.

Throughout the many years that Sister Wives has been on the small screen Janelle has shown herself to be a decidedly independent woman always keeping herself busy with her own projects like gardening and travel. With all this, Janelle no longer even seems interested in Kody Brown.

Many fans agree that the rules that Kody has laid down during the pandemic have been unrealistic and have placed unreasonable pressure on his family.

Janelle has two sons that live with her while attending college and working at very public jobs. Kody demands that they abide by his rules, or he says he “won’t come around.” Kody went as far as to tell Janelle that her son Gabe can’t leave the house for school, work, or even to see his girlfriend. Of course, Janelle thinks that Gabe should defy Kody and continue as he has been.

Sister Wives fans think it’s not Kody, but Robyn who is secretly making these COVID rules. Want more Sister Wives? Tune in to TLC on Sundays at 9 PM Central for the latest. Return here often for Sister Wives spoilers, news, and updates.