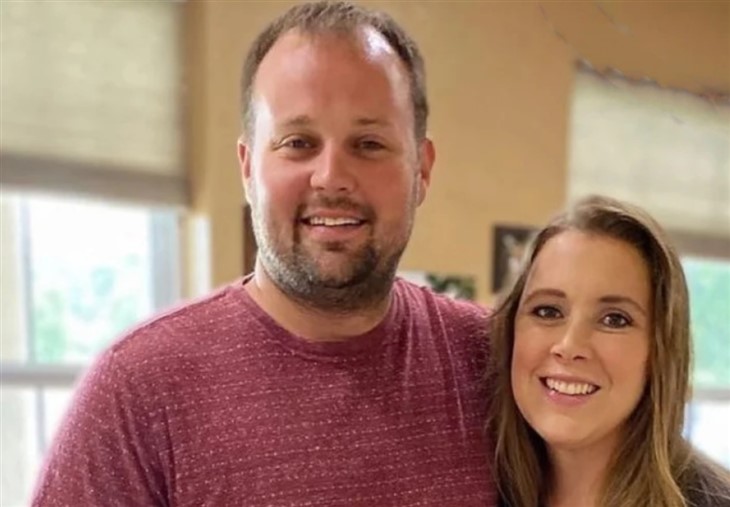 One of the saddest aspects of Josh Duggar’s scandal-ridden past concerns his own children. And though now his wife Anna Duggar must raise their seven kids on her own while Josh sits behind bars, new facts have emerged from their young lives. For instance, blogger Katie Joy, known for her Without A Crystal Ball (WOACB) inside scoops on the Duggars, created a YouTube video with shocking allegations (see below).

In an Instagram post, Katie Joy also described her allegations. And she based the claims on an interview with a Duggar family source about the Institute in Basic Life Principles (IBLP). Although the Christian organization describes itself as a non-denominational group, some view it as a cult created by the well-known minister Bill Gothard. The Duggar family insider told Katie Joy that the IBLP instructed them on how to befriend the local police, including bribes.

“A Duggar insider finally confirmed what WOACB has suspected all along about the IBLP. Multiple survivors of the IBLP say they were instructed to attend “citizen police academies” with their local PD. They were told it was a way to build a relationship with the police,” explained Katie Joy.

Duggar family insiders claim that the churches used their links to the police to avoid potential problems. For example, church members allegedly could avoid traffic violations. And one insider alleged that the Duggars got their church involved in politics.

“Another insider says that Jim Bob allegedly scheduled both Jessa & Jinger’s weddings right before elections. Jessa’s days before the midterms,” claimed the source. “Jinger’s [wedding] was 3 days before the presidential election in 2016. They claim that guests attended an event where Jim Bob allegedly instructed everyone to vote for Donald Trump. Looking back, the insiders believe that the IBLP intentionally infiltrated politics and law enforcement to avoid detection of any wrong doings.”

And that led to Josh Duggar. Another source claimed that when Josh’s business got raided, Anna trained her children to take cookies to the police. Now viewed as an attempt at a bribe, Anna’s action attempted to get the police to trust her, claimed an insider. And the source shared all church members got trained “to bring cookies to law enforcement as a way to gain trust.”

Tell us what you think. Do you feel shocked that Anna and Josh Duggar allegedly used their children to bribe the police with cookies? And after you share your views, check back on our site for more celebrity and reality TV news.