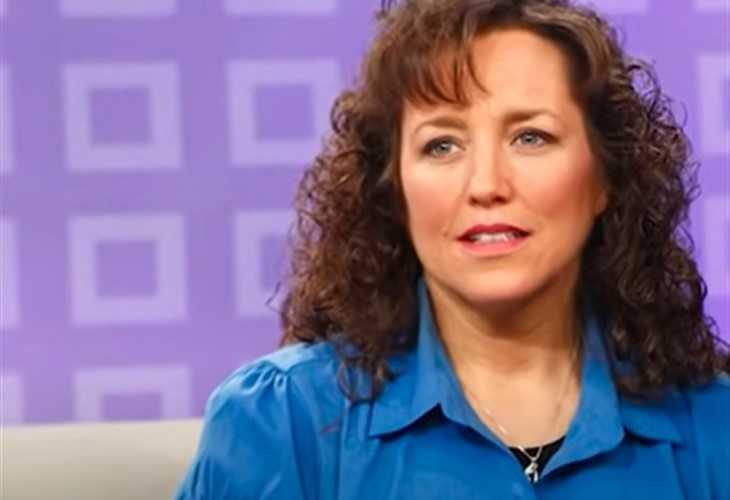 Michelle Duggar proudly started sharing the art of raising 19 kids (and counting) on September 29, 2008. And throughout the 10 seasons of 19 Kids And Counting, the Duggar family matriarch instructed her offspring (and the world) on how to follow her strict guidelines. Ever since the final episode aired on May 19, 2015, fans have flocked to re-watch and comment on the show.

And now a group of followers have found a shocking error made by Michelle during a homeschooling episode. Find out what the Duggar family mom did that caused fans to slam her. And get the details on the rules she required that her 19 kids follow below.

Those who can do, those who can’t teach their 19 kids and counting? Fans of the Duggar family’s reality TV show just caught a mistake in a resurfaced video from the show. And it looks like both matriarch Michelle, 55, and patriarch Jim Bob, 56, should share the blame, noted the Sun.

The episode in question shows Michelle joining Jim Bob to show their children their home-school lesson plans. But the list for the school day mainly featured what not to do rather than actual education. For instance, between 11 am and the end of the afternoon, one rule for the children required that they not scare their teacher! And another rule insisted on no chatting.

The Duggar parents also told their children to raise their hands or politely ask for the attention of their parents before talking. As for other conversations? Banned until school time ended. Jim Bob linked his name to the role of Principal. However, Michelle spelled her title incorrectly, writing “SuperIntendant” instead of “Superintendent.”

Fans rushed to comment on message boards about the resurfaced clip. For instance, one joked, “Clearly my public high school diploma is nothing compared to Duggar Academy.” And another chimed in, “They have a principal and superintendent, but neither parent is a teacher?” Some even found mistakes in the rules for the school. “No talking except to raise your hand…do you mean unless you raise your hand? Yeesh,” slammed another viewer.

Luckily for Michelle, she didn’t write out the rules for the dress code in a way that revealed spelling or grammatical errors! But the Duggar family matriarch did repeatedly insist on her daughters following her rules carefully. For example, girls could not wear pants. Instead, they wore long dresses that did not show their legs.

So did all of Michelle and Jim Bob’s strict rules pay off in perfect children? Last month, Arkansas Judge Timothy L. Brooks ruled that the couple’s oldest son, 33-year-old Josh Duggar, spend the next 12 years in prison. And discussing Josh’s child pornography charges, the judge called the former reality TV star’s crimes “the sickest of the sick.” Addressing Josh, the judge added, “You have done some very bad things.”

Tell us what you think. Do you feel it seems strange that Michelle Duggar and Jim Bob Duggar took on the roles of Superintendent and Principal for their home school? And after you share your views, check back on our site for more reality TV news.