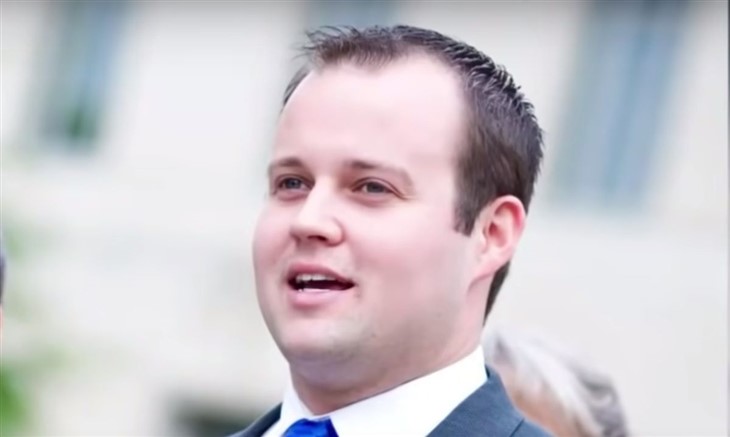 Josh Duggar spent months in prison awaiting his sentencing trial on child pornography charges. And then, as the former “19 Kids And Counting” star listened, the judge handed Josh a sentence calling for more than 12 years in jail. But beyond that lengthy prison sentence, Duggar must follow 11 strict rules for two additional decades.

Find out about the 11 rules that Josh must follow. And learn what the judge said to justify those strict conditions. Get the latest news about Josh Duggar below.

Duggar family matriarch Michelle and patriarch Jim Bob famously laid down strict rules for their 19 Kids And Counting offspring to follow. But they never dreamed that their oldest son Josh would one day face a completely different set of guidelines as a result of a guilty verdict on child pornography charges! However, that’s just what happened on May 25.

And the judge detailed certain conditions that Josh must follow for 20 years after serving his 12-and-a-half-year sentence, per Fox News. For Duggar, 34, that means 32 years in total of obeying the law rather than his own desires. In all, the judge listed a total of 11 conditions.

Judge Timothy L. Brooks represented the Western District of Arkansas Federal Court in Fayetteville as he described his ruling. The total prison sentence of 151 months comes after Josh’s December 2021 child pornography guilty verdict. And based on those charges, Judge Brooks described his special conditions for Duggar’s 20-year supervised release following the prison stay.

Admitting that some of the 11 conditions do not represent “typical” conditions, the judge pointed to Josh’s charges as justification. The 11 rules began with banning Josh from “unsupervised contact with minors.” And that first condition also emphasizes that Duggar shall “proceed with caution” before attending any event that could potentially include children. In addition, Josh must get approval from the U.S. Probation Office prior to “attending any such place, function, or event.”

The second condition involves supervision. Duggar must offer up his “person, residence, place of employment, vehicles, papers, computers and any other electronic devices or storage media for search at a reasonable time and in a reasonable manner” whenever his probation officers suspect he violated a supervised release condition. And the third condition focuses on those guilty charges. “The defendant shall not possess, use, or have access to a computer or any other electronic device that has Internet or photograph storage capabilities without prior advance notice and approval of the U.S. Probation Office,” reads the document.

For the fourth condition, Josh must pay for any approved devices to include internet-monitoring software. And the fifth condition involves random searches of those devices. In addition, the sixth condition bans Duggar from purchasing, possessing, using, distributing, or administering marijuana. He also cannot possess a medical marijuana prescription or card.

Condition seven bans Josh from controlled substances other than pot. And condition eight focuses on Duggar never possessing or owning a firearm. In addition, condition nine requires Josh to allow random DNA collection. Condition ten demands that Josh enroll in a sex offense-specific treatment program and pay for it himself “if financially able.” He also must “submit to periodic polygraph testing at the discretion of the probation offices as a means to ensure that he is in compliance with the requirements of his supervision or treatment program.”

And last but not least, condition 11 bans Duggar from ever viewing any kind of pornography. And the judge offered a surprising prediction. Josh will likely “go to great lengths to defeat” monitoring or accountability software, predicted the judge. Although Duggar’s lawyer objected, prosecuting lawyer Dustin Roberts supported all those conditions.

Tell us what you think. Do you feel that the judge made the right decision to demand those 11 conditions for Josh Duggar to follow for decades? And after you share your views, check back on our site for more celebrity and reality TV news.

90 Day Fiance Spoilers: Syngin Colchester Is Back On Instagram