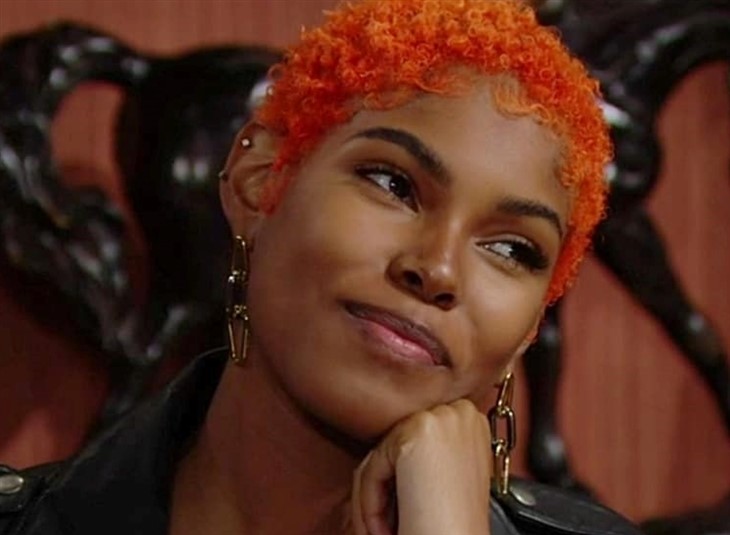 Zende made preparations weeks in advance for his intended New Year’s Eve ask at Il Giardino. But the eye-popping ring that Quinn Fuller (Rena Sofer) designed for the proposed big night never caught the light of daytime, as Paris verbally blocked Zende before he was able to reach his verbal stride.

Zende was not wrong in thinking that Paris would be open to accepting his engagement proposal. They have been developing a genuine connection into a romantic relationship for many months and seemed to have no competing romantic interests.

Viewers recall that Paris asked Zende to go to Dodgers’ stadium earlier this year. She kept her national anthem performance a secret, wanting to reveal it to Zende at the moment. That was special and implied he was to her as well.

Carter had a terrible engagement experience with Zoe Buckingham (Kiara Barnes). That linked him to Paris because of the sibling tie, with their friendship deepening since Zoe left town.

Saint-Victor’s character moved from that heartbreak to another angst-ridden storyline when he unwisely connected with Quinn. Their pairing proved to be an ego-booster for both people. But it also led to public embarrassment and was emotionally disastrous.

Paris’ suspicion of Zende’s likely intention was something Carter was clued into. Carter wanted to help Paris and Zende avoid heartbreak, with the text being well-intentioned.

Paris has not been leading Zende on. She appears new to serious relationships, with this potentially being her first.

It makes sense that she is uncertain about knowing whether to commit is right. Experience in these matters would have allowed her to make comparisons. However, it is possible for one to determine, regardless of experience, if another person is the right fit or not.

The kiss with Carter feels telling. While nothing can be certain, Paris is definitely not ready to invest in Zende.

Paris may not ever fall in love with Zende, or at least she is not in love with him now. Carter represents Zende’s romantic rival or more than that.