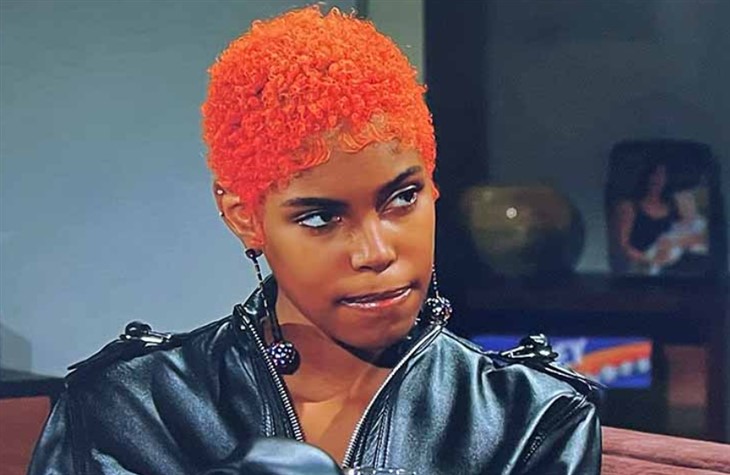 The Bold and the Beautiful (B&B) spoilers reveal that Paris Buckingham (Diamond White) realizes she has moved into an uncomfortable situation. Despite Paris turning down Thomas Forrester (Matthew Atkinson), he refuses to give up. It appears that Paris doesn’t tell Zende Forrester (Delon de Metz) about it, but that could be a mistake.

The Bold And The Beautiful Spoilers – Polite Rejection

B&B spoilers reveal that Thomas never paid much attention to Paris until he saw her on television singing The Star-Spangled Banner. Once Thomas saw Paris belting it out, his focus turned from Hope Logan Spencer (Annika Noelle) to Paris. Thomas has kept his crush to himself until recently. After Paris and Thomas became “temporary roommates,” there was an awkward romantic set-up.

Paris immediately reminded Thomas that they are friends and nothing more. Then, she brought up that she’s in a relationship with Zende. Thomas claimed that he knew that but couldn’t help but shower Paris with compliments. Paris will continue to try to let Thomas down gently.

Thomas will not respect Paris by ignoring her rejection. Fully aware that they live in close quarters, Thomas makes sure to bump into Paris while he’s only half-clothed. This will make for an awkward situation, especially if Zende happens to show up at the same time. Paris has made her boundaries clear, but Thomas either isn’t listening or doesn’t care.

The Bold And The Beautiful Spoilers  – Confiding In Carter Walton

The Bold and the Beautiful spoilers reveal that Paris will talk to someone about her situation. Paris doesn’t tell Zende about it, though. Paris already knows that Zende has some issues with her living with Thomas even though he claims to be fine with it. Zende knows that Thomas has a crush on Paris. Zende is also aware of everything Hope and Liam Spencer (Scott Clifton) went through with Thomas. So, it’s easy to understand why he’s watching Thomas like a hawk.

Instead of telling Zende what’s going on, Paris will turn to Carter Walton (Lawrence Saint-Victor). Knowing Carter, he will probably suggest that Paris find a new living arrangement.

So, what exactly is going on in Thomas’ head? Actor Matthew Atkinson told SOD,

“Thomas is moving on. This is the first time in a long time that he has had feelings for someone other than Hope, and he’s going with it. Paris is an incredible woman, and he recognizes that.”

Diamond said of why Paris is being so gentle about rejecting Thomas,

“… she wants to do what’s right and not hurt anyone in the process, so we’ll see if she can do that.”

It sounds like Paris will try to protect Thomas while trying to keep him at bay. However, that could be a mistake. Will Paris end up in a bad situation and just how far will Thomas go this time?