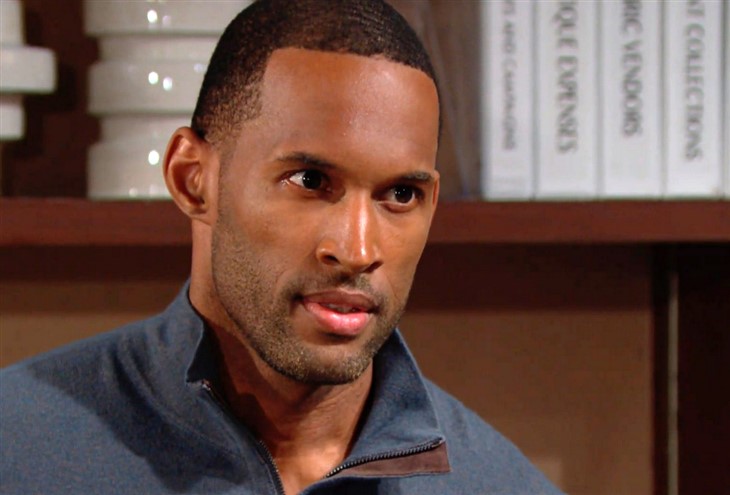 The Bold and the Beautiful spoilers reveal that Carter Walton (Lawrence Saint-Victor) intercepts Zende Forrester’s (Delon de Metz) proposal. Carter knows Paris Buckingham (Diamond White) doesn’t want anything serious and will reject the proposal. While Carter does have good intentions, the actor teased there might be some ulterior motives hidden underneath the surface.

The Bold And The Beautiful Spoilers – Zende Forrester Moving Too Fast

B&B spoilers reveal that Zende and Paris have been seeing each other for a while. However, it was only recently that they became intimate. The two haven’t even exchanged the “L” word and don’t live together. Still, Zende feels that they are ready to take a huge step by getting married. Zende is clearly moving way too fast and will probably get his heart broken.

Paris cares for Zende deeply but she has made it clear that she isn’t ready for anything serious. Even though she told Zende this a while ago, that hasn’t changed for Paris. It’s true that Zende and Paris have moved forward in their relationship. They have gotten closer and even slept together. With that being said, Paris isn’t ready for marriage so when Zende proposes, it could be a disaster.

The Bold And The Beautiful Spoilers – Carter Walton’s Good Intentions

The Bold and the Beautiful spoilers reveal that Carter finds out what Zende is planning and gives Paris a warning. Carter knows Paris doesn’t want anything serious and doesn’t view the relationship the same way as Zende. Carter’s fear is that Zende will get rejected because Paris will say no to his proposal.

Carter’s other concern is that Paris will feel obligated to say yes but won’t really want to get married. That is exactly what happened when Carter proposed to Zoe Buckingham (Kiara Barnes) and doesn’t want his friends going down the same road.

Even though Carter has good intentions by telling Paris about Zende’s proposal plan, Saint-Victor told Soap Opera Digest that there could be some ulterior motives mixed in. The actor explained,

“For Carter, Paris is a breath of fresh air. There is something about her that is innately good, and Carter has been in an orbit lately where he’s been dark and negative, but Paris has a light about her, and that makes him feel good. I don’t think he’s trying to think beyond that right now, especially after everything he’s been through – but there is a deep admiration there.”

It sounds like Carter has feelings for Paris beyond friendship but can’t admit it to himself yet. Carter certainly knows Paris better than Zende does and that could lead to them getting even closer as we enter the new year. The question is how will Zende react to Paris saying no to his marriage proposal?