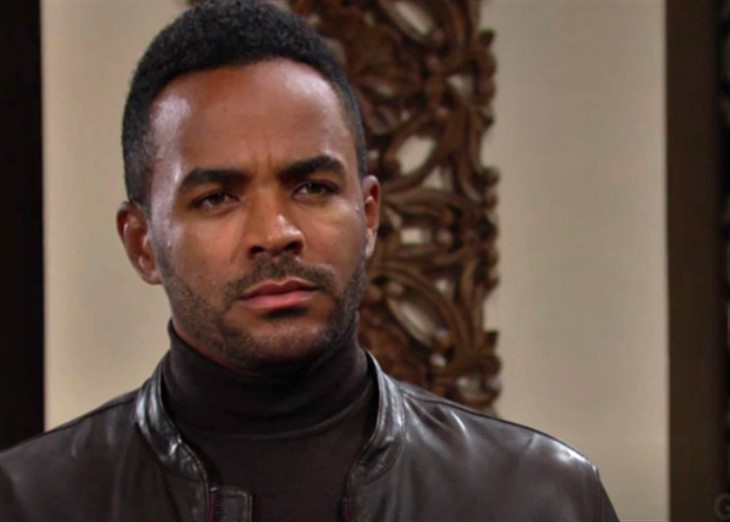 The Young and the Restless (Y&R) spoilers reveal that Elena Dawson (Brytni Sarpy) agreed to move in with Nate Hastings (Sean Dominic). However, she had some concerns, one of which was how co-workers would view their relationship. It seems that concern comes true. The 2022 preview teases Nate and Elena’s relationship is questioned at work. Could Nate’s career be at risk?

The Young And The Restless Spoilers – Nate Hastings’ Romance

Y&R spoilers reveal that Nate and Elena seem to be doing well right now. Despite their complicated history, the two finally gave their relationship another chance. Both of them have busy careers and burn the midnight oil. However, they still manage to find ways to spend time with each other. Nate has decided to take the next step by asking Elena to move in with him.

When Nate brought up living together, Elena had some concerns. One was that people at work might have an issue with them living together. So far, they haven’t encountered any problems dating while working together. However, Elena did bring up that it might not look good with Nate being her boss at work. Of course, Nate wasn’t concerned about it and assured Elena that everything would be just fine.

The Young And The Restless Spoilers – Elena Dawson’s Competition

The Young and the Restless spoilers reveal that Elena eventually agrees to move in with Nate. Now, these two haven’t had any problems recently, which means they are due for some. One person that comes back into Nate and Elena’s orbit is Imani Benedict (Leigh-Ann Rose). It is teased that Elena will need to give Imani a reality check. So, it sounds as if Imani is back to flirting with Nate despite him being in a serious, committed relationship.

Imani won’t be the only problem for Nate and Elena as they move in together. Co-executive producer and head writer Josh Griffith talked to Soap Opera Digest about what’s next for the couple. The scribe teased,

“Nate and Elena will need to do some soul-searching when their relationship is challenged at work.”

It sounds as if at least one person at work has an issue with the relationship. Perhaps this individual feels that Nate is giving Elena more favorable treatment than the other employees. Of course, there is always the possibility that Imani is responsible for stirring things up. Nate and Elena’s relationship is probably not a secret at work. It only becomes a problem after Elena gives Imani a reality check. The timing of Nate and Elena’s problems at work probably isn’t a coincidence.

However, will Elena be the one to walk away from her job, or could Nate’s entire career be jeopardized? How will they handle this without it having a negative impact professionally and romantically?