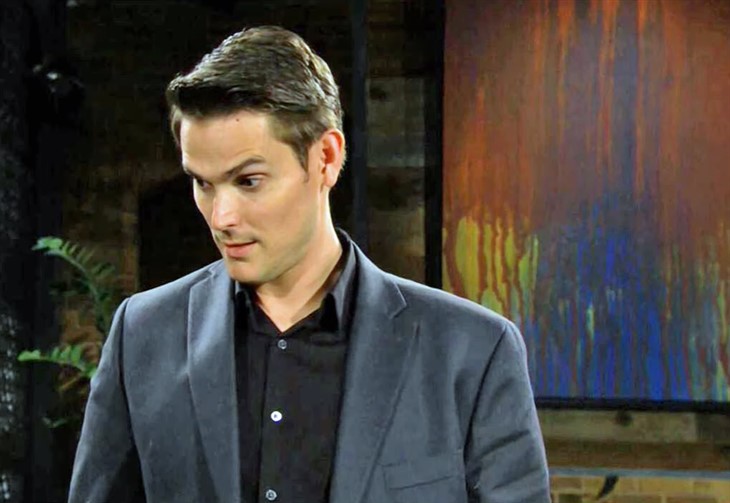 The Young and the Restless (Y&R) spoilers reveal that Chelsea Lawson (Melissa Claire Egan) and Sally Spectra (Courtney Hope) continue battling each other in both love and business. However, in 2022, Adam Newman (Mark Grossman) will get fed up and put both women in their places. How will Chelsea and Sally’s war impact Newman Media, and could they go too far?

The Young And The Restless Spoilers – Sally Spectra’s Hope

Y&R spoilers reveal that Sally not only has a job she seems to love, but is smitten with the man in charge at Newman Media. Even though Chelsea is back, Sally has no intention of backing off. In fact, Sally thinks nothing of flaunting herself to Adam right in front of Chelsea. Despite Adam spending Christmas with Chelsea and Connor Newman (Judah Mackey), Sally plans on ringing in the new year with him.

Cheslea can’t seem to do much about Sally and Adam right now, but it is the reason she decided to take the position at Newman Media. Chloe Mitchell (Elizabeth Hendrickson) really believes that she has a dynamo trio forming. Chloe knows it will be a struggle to get Chelsea and Sally to work together with minimum conflict. However, she might not be prepared for how much of a battle it will be in 2022.

In fact, Soap Opera Digest confirms that the new year will have Chloe playing referee. So, it sounds as if Chelsea and Sally will continue to battle each other. This will end up affecting business at Newman Media.

The Young And The Restless Spoilers – Chelsea Lawson’s Strategy

The Young and the Restless spoilers reveal that Chelsea has already made a demand that her contract states she is the boss. Chelsea wants to be sure that Sally knows the pecking order and who is in charge. Chloe was surprised by this demand as she wants the three of them to work together.

However, Chloe will probably give Chelsea what she wants. What this will do is not only put Sally in her place at work but in her personal life as well. Chelsea knows exactly what she is doing. No matter what Chelsea gets in her contract, Sally isn’t going to take orders from anyone. Chelsea and Sally are both used to being in charge and neither plans on backing down.

It is teased that in the new year, Sally and Chelsea’s battle will escalate and end up in the workplace. It is also stated that Adam will end up taking charge when it comes to dealing with his love triangle. Adam knows that bad publicity can sometimes be good for a company, such as the infamous duel between Sally and Phyllis Summers (Michelle Stafford) at the launch party.

However, that doesn’t mean it’s good all the time. In fact, when Sally and Chelsea’s war starts to negatively affect the fashion platform, Adam could take drastic action. Will Chelsea and Sally be able to stop scheming long enough to actually get some work done? Or could Adam and Chloe be forced to let one of them go?