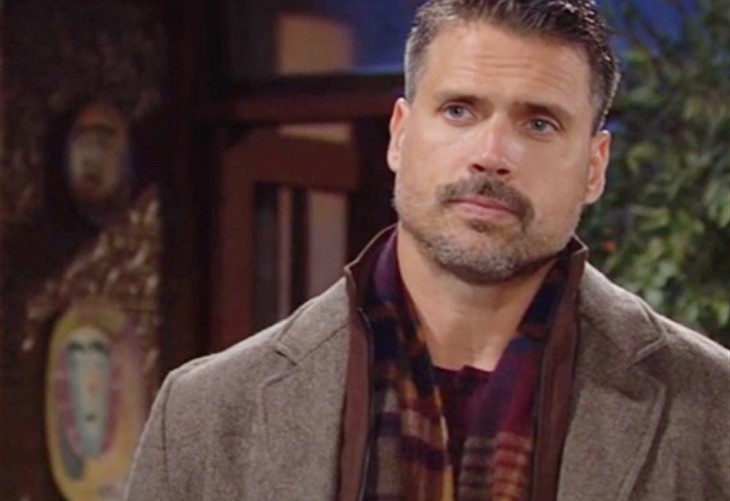 The Young and the Restless (Y&R) spoilers document that Nick Newman (Joshua Morrow) is rejuvenated as a result of his stand-alone episode. Y&R’s creative team presented a Christmas-time journey that allowed Morrow’s character to recognize all that he means to those he is close to.

Nick has been sliding for months. Pushed, as usual, by his overly analytical nature to see the downside of life.

Here’s hoping that one of Y&R’s legacy characters can use the opportunity this personal reveal offers to remain calm in the face of whatever storms may arrive in Genoa City, Wisconsin, as 2022 plays on.

The Young And The Restless Spoilers – Was Noah Newman Right?

Noah Newman (Rory Gibson) returned from Europe with a new face and attitude. He has become Mr. Introspective, which makes him more like his dad than his mom, Sharon Rosales (Sharon Case).

Nick has been a good father to Noah. Gibson’s character, who projects deep confidence, arguably offered a compliment to his dad that was influenced by feelings rather than exact reality.

The recast character Gibson plays said that Nick is tops regarding emotional intelligence. Really? And it is understood that this topic is complex and that subjective opinions are often attached to it.

Morrow’s character recently worked himself into a frenzy. Nick mentally defaulted to degrading his father, who had done nothing wrong, turned on Adam Newman (Mark Grossman), whose redemption path he helped to create, and disregarded Phyllis Summers (Michelle Stafford), who fell back in love with him.

Noah loves his dad, and that is good. While not intended as such, telling Nick that his emotional intelligence quotient is off the chart represents a hint.

Nick needs to keep most of his opinions to himself, rather than rant to whoever about whatever whenever his ego overflows. His emotional thoughts slant his views, turning people into one-dimensional characters.

As Victoria Newman Locke (Amelia Heinle) said in recent weeks, Nick highlights perceived flaws rather than realizing he is not perfect, and others can not be either.

The Young And The Restless Spoilers – Applying Lessons, Rather Than Dwelling

Nick has children who love him. Victor Newman’s (Eric Braeden) heartfelt compliment in that regard was honest, needed, and helped to produce the latest peace treaty between these two often stubborn guys.

Having a parent like Victor is a challenge, as the Moustache recognizes. However, he loves Nick completely. Nikki Newman (Melody Thomas Scott) also remains the heart of the family and serves as a stable source of sound advice.

New Hope is Nick’s work focus. This non-profit organization reflects the type of focus he needs to force into as many of his thoughts as possible.

As for love, that is yet to be determined. The new year will be a time for Nick to set a fresh course. Looking ahead, rather than back, is recommended.