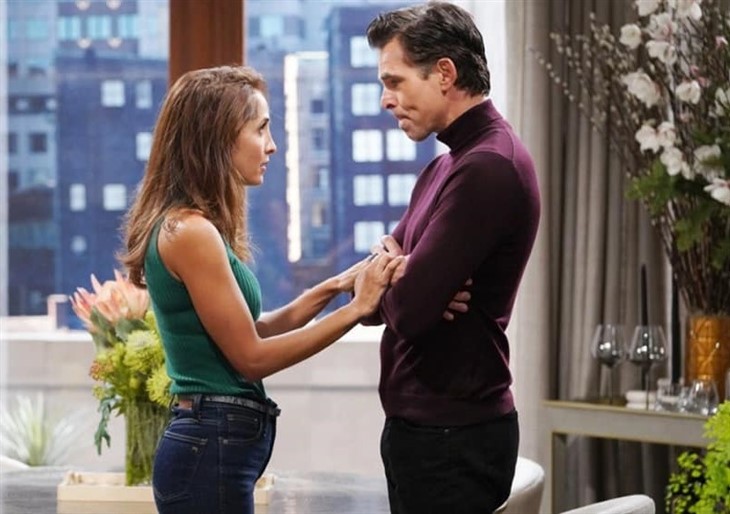 The Young and the Restless (Y&R) spoilers for Wednesday, December 29, 2021, reveal Billy Abbott and Lily Winters coming to a decision that may or may not ruin everything they had planned.

The Young And The Restless Spoilers – Billy Abbott And Lily Winters Vs. Victoria Newman And Ashland Locke

Looking like he is about to hit rock bottom once again is Billy Boy Abbott’s (Jason Thompson) way of fooling everyone so he can swoop in and take back ChanceCom. Girlfriend Lily (Christel Khalil) knew exactly what he was up to, but ex-wife Victoria Newman (Amelia Heinle) had no idea until Billy accidentally left his drink in her presence and she discovered it was apple juice and not alcohol. Now, she and Ashland Locke (Richard Burgi) want in on anything Billy and Lily have planned.

But should they allow her and her new husband in? That’s the thing that Billy and Lily have to decide. Sometimes it is better to trust nobody with a sensitive plan like this.

Meanwhile, Ashland has his own news for Victor (Eric Braeden) and Nikki Newman (Melody Thomas Scott). Rumor has it that Ashland has even more to reveal about his past. Will it actually be interesting this time?

Tessa Porter (Cait Fairbanks) shocked Mariah Copeland (Camryn Grimes) last week when she told her she wanted them to adopt a baby. Mariah has been longing for a baby ever since she carried Abby Newman’s (Melissa Ordway) baby and had to hand him over to his biological mother. At first, Tessa was dead set against it, but now it’s something she wants — she just doesn’t want to be pregnant as Mariah suggested, so the couple will go another route.

On Wednesday, they tell Mariah’s mother, Sharon Rosales (Sharon Case) what their plans are. Will the psychologist in Sharon think this is a healthy idea? After all, they should be ready for a baby and not just do this to save their relationship. Or will Sharon think this is a fine plan and be the supportive mother Mariah is expecting? Perhaps Sharon also needs to be helping Devon Hamilton (Bryton James). Stay tuned to The Young and the Restless weekdays to see how these stories play out.