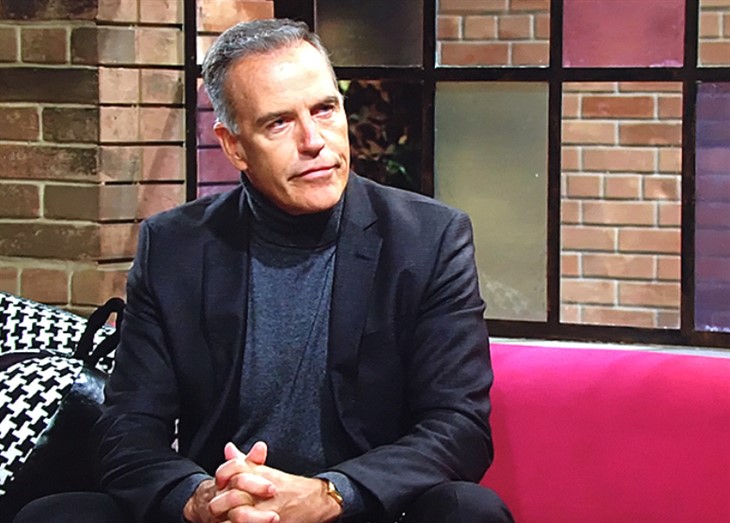 The Young and the Restless (Y&R) spoilers tease that two of Genoa City’s most dastardly villains are not the total strangers to each other that everyone thinks they are. In fact, Ashland Locke (Richard Burgi) and Adam Newman (Mark Grossman) have a significant connection according to our inside CBS source who is hearing chatter about this incredible storyline twist. What could they possibly have in common?

Adam Newman comes by his arrogance naturally. He is the son of Victor Newman (Eric Braeden) which means he is entitled and pompous—it’s in his DNA. But he also has a chip on his shoulder that comes from being not from the manor born. Adam’s sister Victoria Newman (Amelia Heinle) and brother Nick Newman (Joshua Morrow) are the spawn of Victor and his glam lady-who-lunches wife Nikki Newman (Melody Thomas Scott).

His other sister Abby Newman (Melissa Ordway) is from not one but two dynasties, Newman and Abbott. Adam’s mom on the other hand was a farm marm, not a society lady. Adam was raised on the farm and came under Victor’s tutelage late in the game.

What fans know of Ashland is that he’s a high flyer, a shady character, and the new husband of Victoria. Thus far Ashland and Adam are only connected through Victoria. But that all could change if what our source is hearing is correct. And that new plot wrinkle, which will be revealed in due time, would be an epic game changer with the power to rearrange the pecking order in GC.

What could this possible connection be? If our source knows the nature of the linkage, they aren’t telling! But that doesn’t mean we can’t speculate. The obvious connection would be a DNA link. Are Ashland and Adam related—we shudder to think of the consequences if Ashland is shown to be Adam’s father and not Victor. But there are plenty of other possible angles that could align these two devious characters.

For one thing, there was the whole Las Vegas caper that went down a while back. There could be a loose end to tie up? It boggles the mind to think of Ashland and Adam connected in some way. Come back here often, we will spill all the dirt about this rumor as soon as we hear about it.