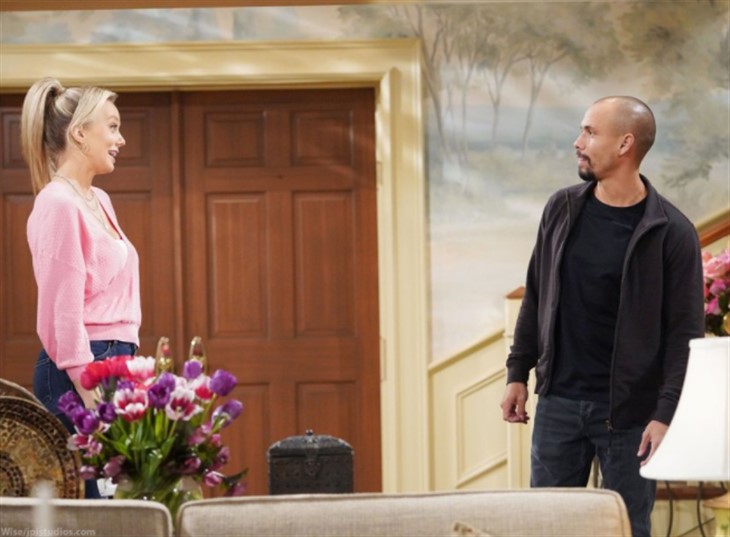 The Young and the Restless (Y&R) spoilers for Tuesday, December 28, 2021, reveal Devon re-evaluating what he wants in life and this may not come as music to Abby and Chance’s ears.

The Young And The Restless Spoilers – Devon Hamilton Wants Dominic

It looks like Abby Newman (Melissa Ordway) still can’t calm her baby no matter how hard she tries and neither can Chance Chancellor (Rory Gibson). Talk about a bonding experience while Mariah Copeland gestated the little tyke and then he was dumped on Devon Hamilton’s (Bryton James) doorstep when Abby couldn’t handle things — and wanted to find Chance.

Now, Abby has her white picket fence family and a baby who only seems happy when he is around his biological father. When Devon is able to once again soothe Dominic, he also drops a bomb on Chance and Abby. He wants to have real visitation and overnights with him, not just stopping by the house for quick visits. This takes Chance and Abby aback, so will Devon have to get Amanda Sinclair’s (Mishael Morgan) help to get what he needs?

Billy Boy Abbott (Jason Thompson) seems to think the only way to fix his life and the mess he made is to stop pretending his life is such a hot mess that he is now a falling-down drunk. He puts on a great act with Victoria Newman (Amelia Heinle), who reads her ex-husband the riot act for acting the way he usually acts and always screwing up his life. Yes, he has Victoria right where he wants her — furious at him until he screws up again, by giving away his game.

When Billy leaves Victoria alone at the table with his drink, she tastes it. And it happens to be apple juice so Victoria knows that Billy has been playing everyone and realizes it’s so he can save ChanceComm and also save face, while getting back at Victor (Eric Braeden) and Adam Newman (Mark Grossman) at the same time. They may be her father and her brother, but Victoria decides she wants in and can’t wait to tell Ashland Locke (Richard Burgi) what’s going on. Stay tuned to The Young and the Restless weekdays to see how these stories play out.

Days Of Our Lives Spoilers: Marlena’s Children Come Together To Save Her Soul