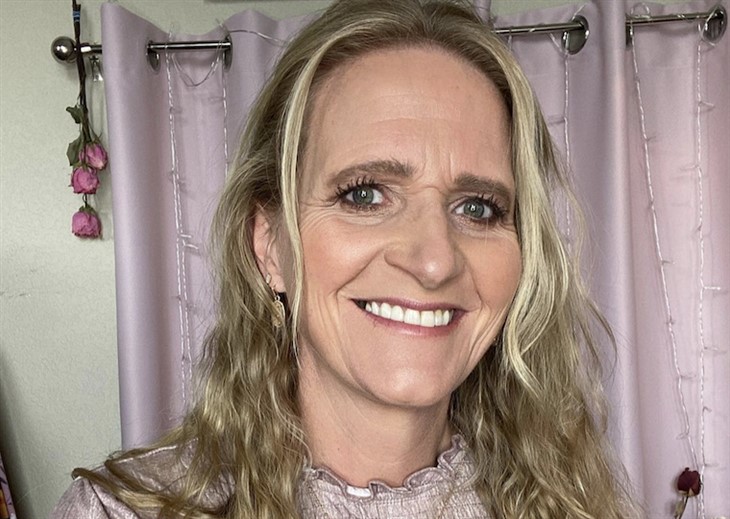 Sister Wives star Christine Brown has turned the final months of 2021 into a time to change! Recently, Christine stunned her reality TV co-stars by announcing her split from husband Kody Brown. What’s next for Christine? She recently turned to social media to announce that she has decided to win her weight loss war. And rather than go solo, the Sister Wives star wants fans to join her!

Want to climb on board Christine’s weight loss bandwagon? Find out what the Sister Wives star revealed to her followers below.

Ever since Sister Wives star Christine Brown split from Kody Brown, the 49-year-old has focused on improving her life. As a result, Christine wants to enhance her health by losing weight. Turning to her Facebook private business page for LuluRue consultants, the Sister Wives star invited her fans to join her, reported the Sun.

Dressed in a black tank top, tennis shoes, and leggings, Christine looked happy as she shared her weight loss goals. Kody’s ex wife also revealed that she held a special event in October to start her slim-down. But the newly single mom sees that Halloween weight loss event as just the first in a series.

“The Spooktacular Slimdown we had last month was a BLAST!” gushed Christine. “We had so much fun and decided we would do it again but with a TURKEY TROT!” To entice her followers to join her, the Sister Wives star promised a “FUN time with lives, games, zooms, accountability, community, gaining energy, losing weight, mental clarity and so much more.” She also revealed how to join the Turkey Trot event. “You must message me so I can send you the details!!!” added Christine.

In response to Christine’s post, the Sister Wives star’s fans praised her appearance. “You look great. Looks like you have lost weight. Beautiful as always,” wrote one of Christine’s followers. And others agreed, with another commenting that she looks “fantastic,… healthy and happy.”

But Christine’s followers haven’t limited their praise to her appearance. Many also have expressed support for her decision to split from her husband Kody Brown and for her openness about her divorce.

As a result, Christine has continued to share her feelings about the split. For instance, the Sister Wives star shared that she feels “like a much better person.” And she even admitted that her divorce felt like “a long time coming.”

Kody and Christine have sought to keep open lines of communications, she added. But it’s not always easy. “I mean good and bad days, don’t get me wrong, it’s been blah” at times, she confessed. “But we have a life still together after this because we have kids to raise.”

What do you think about Christine Brown’s goals of winning at weight loss and creating a “whole new world” for herself and her 11-year-old daughter? Share your views with us. And then check back on our site for all the Sister Wives news.