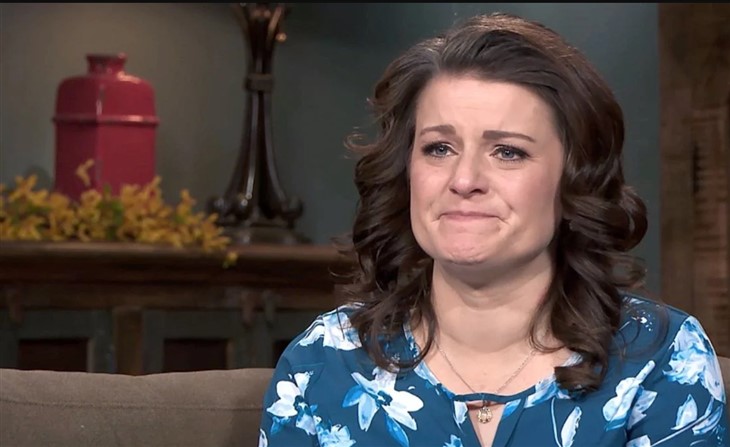 Sister Wives spoilers for the new season have revealed that the spotlight will focus on Christine Brown’s split from Kody Brown. But the other Sister Wives stars will share that spotlight, including Kody’s fourth wife, Robyn Brown.

Now an insider is revealing exactly how Robyn reacted when she learned about Christine’s unexpected decision to exit the polygamy household. Find out what the source shared, plus more details about the new season below.

When Kody Brown married Robyn in May 2010, the polygamous patriarch turned her into his fourth wife. As a result, Kody’s other wives Janelle, Meri, and Christine felt frustrated. And they didn’t hold back in expressing their annoyance at the time, per Us.

For instance, Christine admitted her hesitation in accepting another wife. “I don’t wanna be a boat rocker, and I don’t like my boat rocked,” admitted the 49-year-old at the time. “I’m a little hesitant to accept another wife.” And Christine even warned that unless Kody’s fourth wife proved “absolutely amazing,” life for herself could get “difficult.”

Now, looking back at the years that have passed since Robyn became Kody’s fourth wife, those words seem prophetic. That’s because the difficulties that Christine predicted all those years ago did occur. And finally, the challenges became impossible for her to face. Her recent announcement of a split revealed her solution… and opened the door to Robyn reacting with “guilt,” an insider told Us.

Although Meri and Janelle Brown also will get impacted by Christine’s split, Robyn is the Sister Wives star who feels guilty, according to the source. “She secretly knows that she’s the one to blame for the separation, so obviously there’s some guilt there,” added the insider.

Ever since Kody tied the knot with Robyn, the other wives gradually felt increasingly neglected by their shared husband. And for Christine, that neglect finally became too much, explained the source. As a result, Christine decided that the best way for her to respond to Kody’s and Robyn’s close relationship was to leave him.

Although the announcement seemed sudden to outsiders, the source revealed that Christine has “been in the process of leaving him for a while. The big reason why she split from him is because Kody has been completed devoted to Robyn for the past five or six years. That hasn’t changed at all.”

In announcing her split, though, Christine avoided blaming Robyn. Instead, the Sister Wives star shared that “after more than 25 years together, Kody and I have grown apart and I have made the difficult decision to leave. We will continue to be a strong presence in each other’s lives as we parent our beautiful children and support our wonderful family.”

Thus far, the other wives have avoided commenting on Christine’s split. But the source revealed that Robyn hopes “she and Christine can have some sort of friendship going forward.” Will the new season unveil that friendship? We’ll find out when Sister Wives season 16 premieres on TLC Sunday, November 21, at 10 p.m. E.T.! Be sure to check back on our site for more news about Sister Wives.