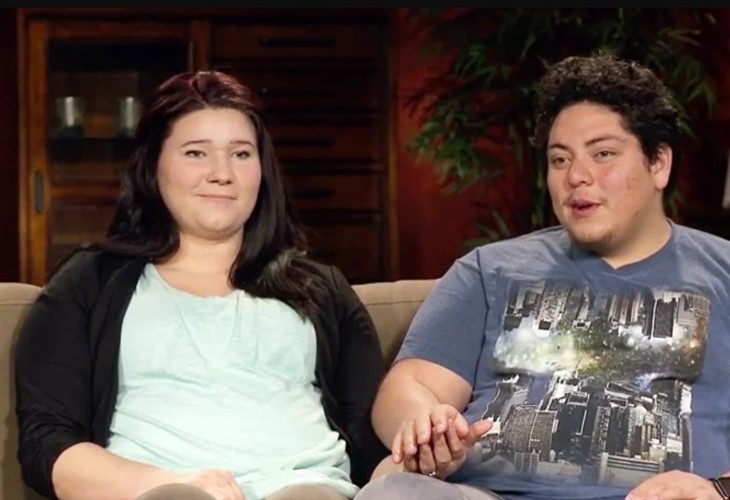 Sister Wives fans heard the badly kept spoiler about Christine leaving Kody long before they actually made the official announcement. By the time the trailer teased a possible split and a move to Utah, fans already knew as much thanks to various sleuths. Rumors trickled out after Kody and Christine made the official split announcement, that the kids were shocked and upset. Allegedly, they had no idea that their relationship was on the rocks. TLC fans found that hard to believe. Now, Mykelti confirmed that she’s happy her mom lives in Utah.

Sister Wives – Rumors About Utah And Split – Not A Happy Time

Many fans told Christine that they felt very happy that she dumped Kody and moved to Utah. Well, as she said on cameo, she isn’t exactly jumping for joy about separating from Kody. While she finds life as a single woman a lot less complicated, obviously, the split brought some heartache. Just like any other couple with kids, they have a long history together. Plus, in Christine’s case, the extended family includes the other wives and their kids. So, family dynamics need to be navigated as well. Bear in mind, she and Kody will co-parent Truely.

These days, the Sister Wives star lives around the corner from her daughter Aspyn. The idea that she never discussed her problems with Kody with her adult kids in full doesn’t make sense. Clearly, Aspyn knew very well that Christine looked for accommodation in Utah. Plus, Christine admitted that she spoke to Mykelti about her marriage. She wanted to know if a polygamous marriage brought many more problems than a monogamous relationship. Mind you, a lot of rumors sprang up around her move to Utah and some tabloids speculated that Janelle Brown may have joined her. Actually, Janelle confirmed that she remains in Flagstaff.

Contrary to being upset and crying about the split, Mykelti sounds upbeat and really happy about her mom relocating to Utah. This weekend, she took to her Instagram and shared her feelings about it. It came after she saw her mom and Truely over the weekend. She shared a photo of herself with her own daughter Avalon, Christine, and her youngest, Truely. In her caption, she said, “It’s so fun having my mom @christine_brownsw and Truely close to me.” 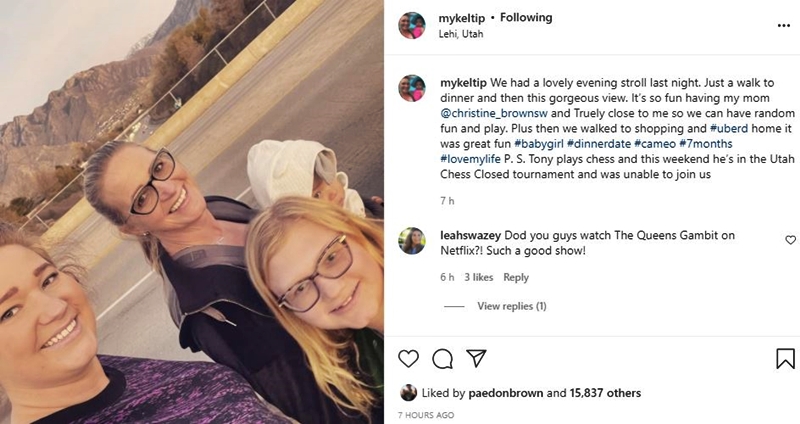 She told her Sister Wives fans, “We had a lovely evening stroll last night. Just a walk to dinner and then this gorgeous view.” She added, “we walked to shopping and #uberd home it was great fun.” She seems to love the unplanned and “random” visits with her mom these days. Wise to the ways of social media followers she also advised them that Tony Padron wasn’t in the photo as he was away playing a “chess tournament.”

Sister Wives fans spoke up in the comments section. One of them wrote, “So glad they’re closer to you now! 💜💜💜.” Plus, another fan penned, “How wonderful! I see lots of happiness in your smiles❤️.” Notably, Christine Brown’s son Paedon also liked the post.