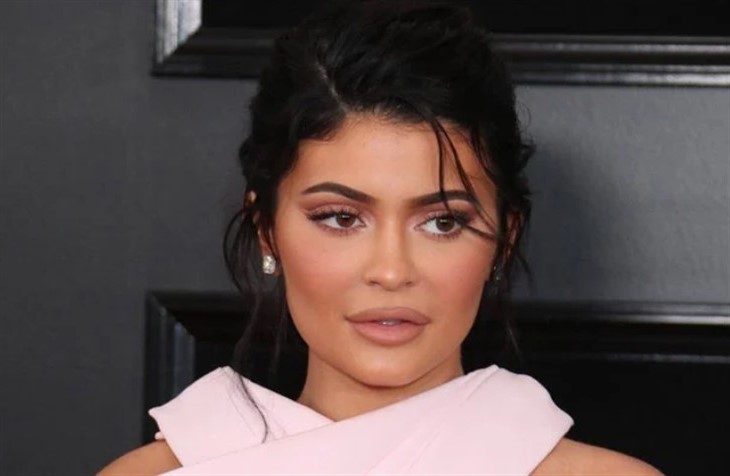 Travis Scott’s Astroworld Festival claimed 10 lives and numerous injuries. As a result, lawsuits raise questions about the rapper’s financial responsibility. But Travis doesn’t stand alone in facing decisions about how to live his life in the wake of that catastrophic concert. Scott’s family including girlfriend/baby mama Kylie Jenner also has come under scrutiny over everything from her social media to product launches.

Recently, Kylie got labeled “tone-deaf” and “insensitive” over a clothing promo for her fashion line with her sister Kendall Jenner. Did Travis’ girlfriend get the message? Find out what major launch she just postponed below!

In the wake of slams for her fashion promo, Kylie has delayed an elaborate holiday makeup launch, according to Radar. A billionaire at age 24, Jenner typically unveils a Christmas cosmetics collection prior to Thanksgiving. But this year, Kylie seems to have listened to those roasting her for promoting her clothing line so soon after the Astroworld Festival Tragedy.

For fans who eagerly await Jenner’s Christmas collection each year, though, Jenner’s silence raises questions about what makeup products will become available for gifting. As a result, her followers headed to social media to argue the situation. Some contended that Kylie Cosmetics should do the promo regardless of Travis Scott.

“Kylie Jenner Christmas collection was set to drop today. Due to Travis Scott, she can’t make any moves. Kylie Cosmetics is suffering. If she drops this makeup line….. not a good look,” claimed one of Jenner’s makeup line fans.

But some disagreed, arguing that even if she does promote it, no one would buy her products. “No one is going to buy your Christmas collection, don’t promote it.” recommended that follower. And taking the advice a step further, the commentator urged Kylie to help the families who suffered losses in Astroworld. “U have enough money, humble yourself, help those families that had a member die,” added that commentator.

Travis Scott’s baby mama/girlfriend Kylie Jenner has developed a loyal following on her Instagram, which she typically keeps up to date. But in a dramatic change, Jenner has not shared on the social media platform since the day of Travis’ Astroworld Festival tragedy. That concert resulted in 10 lives lost and hundreds of injuries.

However, Jenner’s Kylie Cosmetics Instagram page seems to reveal a compromise between the Keeping Up With The Kardashians star’s personal and professional lives. That social media platform has continued to show regular activity, such as a post just hours ago promoting the Kylie Jenner matte liquid lipstick and liner product.

Tell us what you think. Should Kylie Jenner skip her Christmas cosmetics collection promo this year completely? Or should the Keeping Up With The Kardashians star sell the products and donate the profits to the families who lost loved ones in Travis’ Astroworld Festival tragedy? And after you share your views with us, check back on our site for more news about Travis Scott and other celebrities!