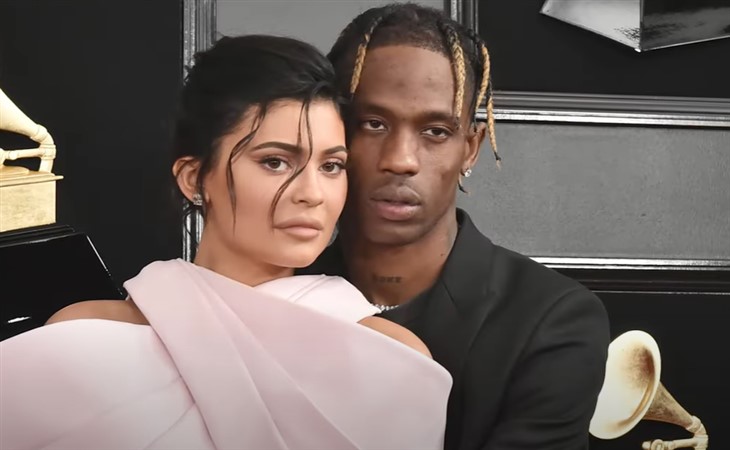 Kylie Jenner and Travis Scott have experienced highs and lows since the reality TV star and the rapper began dating in 2017. But in the wake of the devastation that turned Scott’s Astroworld Festival triumph into tragedy, has their relationship hit a new low?

Thus far, the Astroworld Festival has left ten families mourning their losses, while hundreds of fans recover from their injuries. Amid the heartbreak, Travis reportedly feels stunned as the fallout continues. And now an insider has told Fox News exactly how the tragedy has impacted Kylie as well. Has Jenner decided to support her baby daddy… or shun him? Find out below!

Ever since the Astroworld devastation began, Travis Scott has existed in a “state of shock,” according to Fox News’ insider. Knowledge that his highly publicized Astroworld Festival claimed 10 lives and a long list of injured attendees has “devastated” the rapper, added the source. But the tragedy reportedly has also impacted Scott’s on-again, off-again girlfriend and baby mama Kylie Jenner.

And Jenner experienced no hesitation in supporting the father of her beloved daughter Stormi Webster. Kylie shares the devastation that Travis feels, according to the insider. As a result, the reality TV star wants to do all she can to support Scott on his daily emotional roller-coaster.

In addition to revealing Kylie’s reaction, the source shared that Travis loves and cares for his fans. The rapper credits them for his success. But now Scott has gone from appreciating the opportunity to perform for his fans to “reeling” over the on-going news.

“Kylie knows how much performing and getting in front of his fans means to Travis, so to see him in a constant state of shock as the news and lawsuits continue to pile up is very difficult for both of them,” said the source. “Kylie understands that the situation is much bigger than anything she could ever imagine — especially with so much loss of life — and she and Travis are just doing everything they can to be present for each other and all of those who are impacted by the events at Astroworld.”

In the wake of lawsuits resulting from Astroworld, does Kylie Jenner have any legal responsibility? At this point in their relationship, Jenner and Travis Scott are not married, according to the Sun. Prior to Astroworld, an insider revealed that Kylie wished that Travis would propose.

But although the 24-year-old reality TV star longs to get married, the 30-year-old musician doesn’t feel “ready” for marriage, according to the source.  However, Scott did recently buy matching rings for both Kylie and their adorable daughter, 3-year-old Stormi.

“It’s not an engagement ring – but she wishes it was,” the insider clarified. “He always tells her he’s not ready for marriage ‘yet’ and while it could be in their future, it’s not right now. Kylie is desperate to marry him, but he’s not willing to be tied down.”

Could Jenner’s support throughout Scott’s challenges from Astroworld change his feelings? What do you think? Share your views with us. And then check back on our site for all the news about Travis Scott and Kylie Jenner.