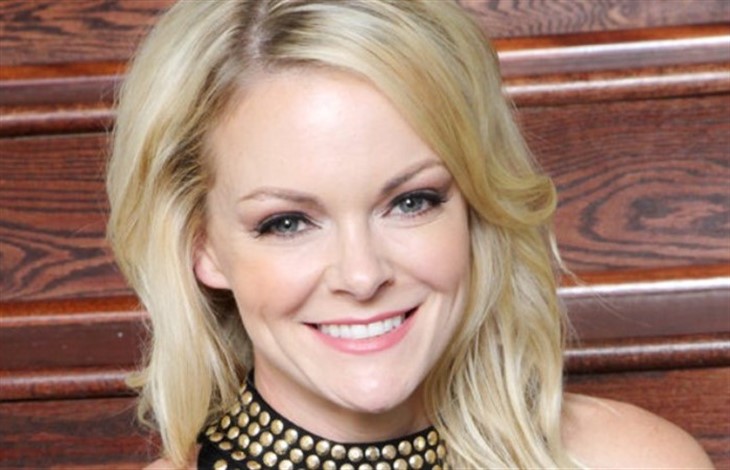 Days of Our Lives spoilers reveal that Martha Madison (Belle Brady) will appear in The Locher Room. Find out when the actress is making the appearance, how you can tune in and learn a little bit more about Madison.

Days Of Our Lives Spoilers  – The Locher Room Appearance Date

DOOL spoilers reveal that Madison will be appearing on The Locher Show, which is a YouTube series. For those not familiar with the series, the description is as follows:

“Welcome to The Locher Room, a YouTube show dedicated to celebrating TV and movie fans around the world. My hope is that these shows bring smiles, entertain, and help raise awareness for socially relevant issues we are all facing today.”

Madison will appear on the December 3, 2021 episode, which can be viewed on The Locher Room’s YouTube Channel.

Right now, Madison is part of a huge storyline, which is Marlena Evans’ (Deidre Hall) possession. Belle began having horrible nightmares about her mother and was one of the first who suspected something wasn’t right. Belle also sued Marlena over Doug Williams’ (Bill Hayes) power of attorney.

While Belle has been a character since her birth, Madison took over the role in 2004 and has played it ever since. When Madison first appeared as the new Belle, fans couldn’t help but be in awe of how much she looked like teen Belle. During Salem’s teen scene years, Belle was played by actress Kirsten Storms, who is best-known as Maxie Jones in General Hospital.

Days Of Our Lives Spoilers – Not Just An Actress

Days of Our Lives spoilers reveal that Madison isn’t just an actress. She is also a restauranteur and is Vice President of Recruitment for One Haus. According to Daytime Confidentiality, One Haus centers on executive recruitment for the hospitality industry. Madison also is an executive mentor with GLEAM. The organization provides mentorship to underserved communities that work in the field of food service.

Madison is passionate about frontotemporal dementia (FTD). As fans know, Madison’s mother was diagnosed with the condition. The actress has held celebrity ambassadorship for the Association of Frontotemporal Degeneration as well as the National MS Society.

In addition to being in DOOL, Madison has also appeared in A Place Called Hollywood, The Price for Silence, Ladies of the Lake, One Mississippi, Winterthorne, The Bay and Undercover Bridesmaid. The actress was also cast in General Hospital, Criminal Minds, Without a Trace, The Singles Table, Passions and Law & Order: Criminal Intent.

Remember to tune into The Locher Room on December 3 to see Martha Madison and hear what she has to say.