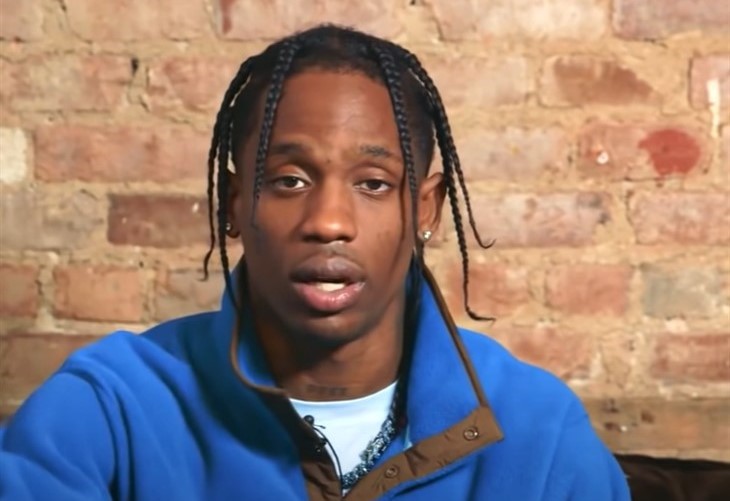 It has been reported that Travis Scott has retreated to his $14million Houston mansion where he is hunkered down with girlfriend and baby-momma Kylie Jenner. The mansion is a 12,042 sq ft home. It is in the swanky museum district of the city. Only few know Travis owns the mansion but according to county records he purchased it under the name Trapp Trust in 2019. Scott’s three-bedroom, six-bathroom house is located less than four miles from where the AstroWorld festival tragedy occurred.

Some days ago, Travis Scott, whose government name is Jacques Webster, surfaced. He was caught on camera just outside of the mansion. Travis was wrapped up in what is priced as a $1,600.00 Hermes blanket. He is seen pacing back and forth with his back to the camera while on his phone. Also seen at the Scott mansion has been a first-class legal team headed by the dynamic attorney Neal Manne and three other attorneys. Neal Manne is known as a managing partner at Susman Godfrey in Houston. According to the company’s website, his accolades include being named attorney of the year in Texas for 2017. It is reported that attorney Neal Manne charges up to $2,000 per hour and has represented death row inmates on a Pro Bono basis.

The lawsuits against Travis Scott’s and his partnerships keep piling up. Also included in these suits are his collaborators Drake, Apple Music, Scott’s Cactus Jack Productions, NRG Stadium and Live Nation Entertainment. One of the latest lawsuits is seeking $2 billion in damages. While no criminal charges have been filed the Huston authorities are continuing their investigation into the tragic and fatal event that occurred at the AstroWorld festival on Friday November 5th. Everyone who is bringing a lawsuit against these affiliates is almost certain to get a slice of the $2 billion dollar pie.

Travis Scott – The Show Must Go On

“The show must go on” was apparently the mindset of the 30-year-old entertainer Travis Scott, because it did. There is video from the event that shows Travis performing while an unconscious concertgoer is passed along by the crowd to security guards. Travis appears to see these goings on but continues singing while people in the crowd cry out for him to stop. But there is also other video that shows Travis interrupting his performance to call for help for an incapacitated fan in the crowd.

It is not clear as to whether it is the same concertgoer that is being carried out on other footage of the same video. While Travis Scott did pause his show a few times he did not stop the concert even as ambulances were trying to make their way through the crowds. No one is commending Travis for his ‘moments’ of sanity and humanity. Recognition and acknowledgement of his sanity and humanity would have come had he stopped the concert altogether.

Be sure to catch up on everything happening in the News right now. Come back here often for Travis Scott news, and other news, and updates.

Days Of Our Lives Spoilers: Marlena And Sami Are Reunited – The Devil Torments Sami