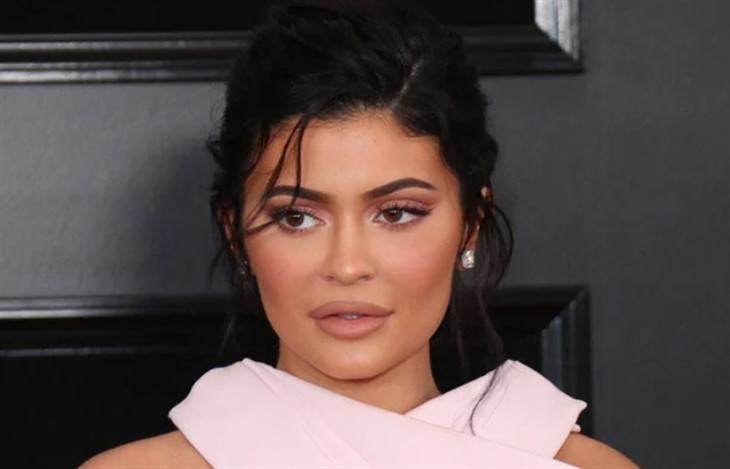 Kylie Jenner recently began a social media blackout in the wake of the Astroworld Festival tragedy linked to her baby daddy/boyfriend Travis Scott. But even as the death toll and list of injuries rises, Kylie and her sister Kendall Jenner’s fashion collaboration line shocked with a new public relations promo.

As a result, Kylie has earned slams such as “tone deaf” and “insensitive” from observers. Find out more about Jenner’s new fashion line promo and what her followers say below.

That public relations effort amid the ongoing heartbreak resulting from Travis’ event caused both anger and bewilderment from her fans. What would cause Kylie to think that the timing was right to publicize her fashion products so soon after the Astroworld tragedy, which resulted in ten people dying and hundreds injured?

The pregnant Keeping Up With The Kardashians star, who also shares a 3-year-old daughter Stormi with Travis, attended the concert herself. Kylie and her daughter Stormi, together with her sister Kendall, sat in a VIP area at the rear of the audience. When the terrifying crowd surge began, the trio got safely escorted away.

But since then, Kylie reportedly has gotten updated about the horrible tragedy. Although Travis allegedly played for more than half an hour after the show got declared a mass casualty incident, his spokesperson claimed he did not know the details initially. “Hours and hours after the concert [was] when [Travis] actually found out the tragedy,” clarified the spokesperson.

The fashion promo from Kylie’s clothing collaboration with Kendall added to previous accusations that the reality TV star appears “tone deaf” to the tragedy. And Travis Scott’s baby mama wasn’t the only one to get slammed over posting to social media.

Kendall Jenner joined Kylie in sharing videos from Travis’ Astroworld Festival concert on their Instagram stories. The Keeping Up With The Kardashians stars left up those stories rather than delete them even as the horrific news continued to make observers reel with the tragedy.

For instance, one of Kylie’s followers posted a clip on Twitter. That follower pointed out that Kylie left up the concert footage showing the ambulance despite criticism.

In addition to the Instagram stories and fashion line promo criticism, Kylie and Kendall have faced slams for their lack of action at the concert itself. Defenders of Travis Scott “keep saying that [Travis Scott] ‘couldn’t hear’ everyone crying out for help, but since Kylie and Kendall were in the crowd, I’m sure they heard it. Why tf didn’t Kylie reach out to his tour manager directly? Why is no one talking about that part?” asked one fan.

What do you think about Kylie Jenner posting a fashion promo for her clothing line amid the aftermath of the Astroworld Festival? Do you think she should have waited? Share your views with us. And then check back on our site for more celebrity news.