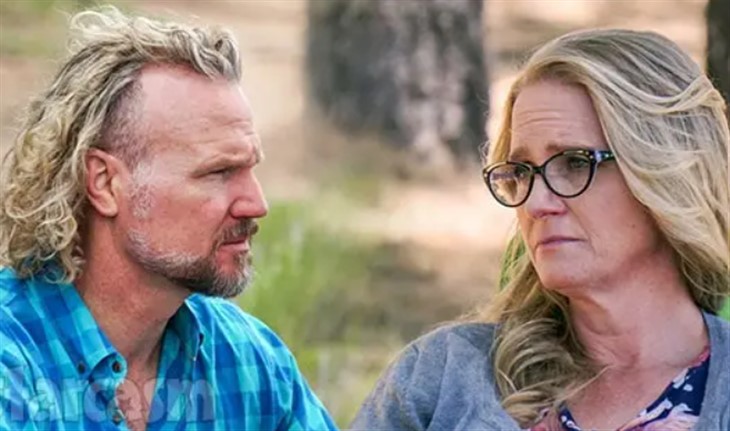 Sister Wives fans who watch Season 16 of the TLC show, see the deteriorating relationship between Christine and Kody Brown. The mega spoiler that they separated and Christine now lives as a single person arrived on November 2 this year. Of course, not everyone knows how things work in polygamous relationships. So, some folks wonder how they got divorced. Neither of them mentioned the word “divorce,” but Christine talks about being single now.

In Season 16, fans see that Christine becomes increasingly upset with Kody. In fact, more than once, fans saw her in tears. Actually, back at the end of Season 15, she ran into Meri’s arms crying that she simply “can’t do” marriage with him anymore. The current season picked up from that point, and fans know that things look very bad between them. Well, fans already knew they separated, so the show goes back in time. While fans might hope to see them actually split, there may not be enough time for them to find out all the details, like how the separation actually happened.

As tension between the Sister Wives couple spirals, many fans take to social media and congratulate Christine for taking the plunge and kicking Kody to the curb. However, she said that she went through some difficult times. After all, they were spiritually married for 26 years and produced six children. Obviously, she stays in touch with Kody as they still raise Truely. But, her grandfather founded the Apostolic United Brethren church and her parents were also polygamists. TLC fans sometimes think that the only reason Meri stays with Kody is that her religious family might disown her if she leaves him. Religion can be very tricky.

In November, The U.S Sun reported that Kody Brown belongs to a sect of “the Fundamentalist Church of Jesus Christ of Latter-Day Saints (FLDS), or Mormon religion.” That’s an important distinction, as the various faiths have slightly different ideas about life. Actually, the Latter-Day Saints don’t actively promote polygamy. However, Paedon Brown, Christine’s son talked about divorce in his Instagram Stories recently. He told a fan, “You can marry through the church and you can leave through the church as well.” So, Katie Joy of Without A Crystal Ball suggested that they possibly divorced through their temple. 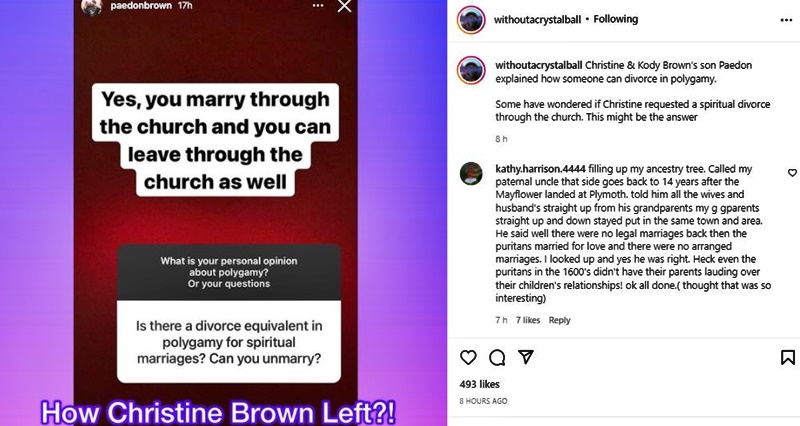 One Sister Wives fan wrote, “In LDS one can get a temple divorce if there was a temple marriage. If you weren’t married in the temple the couple isn’t sealed for time and eternity so a temple divorce is moot.” However, another person reminded them that “they are not LDS. They are FLDS. There can be multiple temple marriages in FLDS- they just aren’t legal marriages.” Then, another fan noted: “Aren’t they fundamentalist Mormons? If so women can only be sealed to 2 men but men to 7 women. So there’s a ceremony through the church to “unseal” a person.”

Sister Wives – Not Legally Married – Why Not Just Pack Up And Leave?

No matter which church the Sister Wives family belongs to, other fans noted that the law doesn’t recognise them as legally married. So, even if they went through no divorce ceremony at all, it shouldn’t matter. What are your thoughts? Sound off in the comments below.