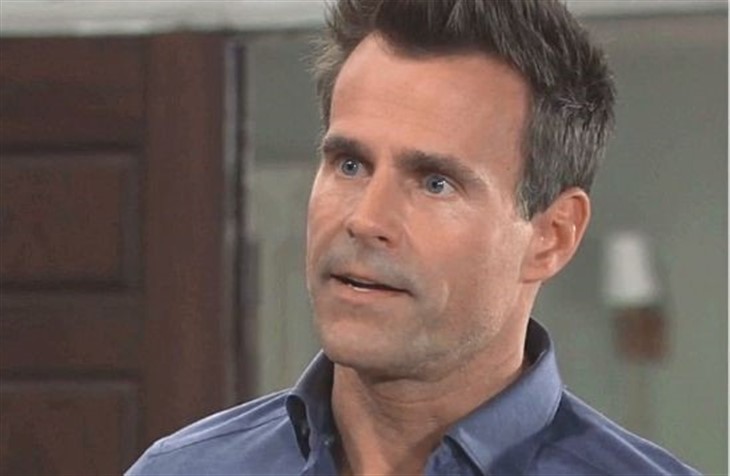 General Hospital (GH) spoilers for Tuesday, December 21, 2021, reveal a reunion between two old lovers who then became friends — and for some reason, they haven’t seen each other until now.

Drew Cain (Cameron Mathison) has been back in Port Charles since Thanksgiving and now it’s almost Christmas and fans have been asking why he has not stopped by to see Elizabeth (Rebecca Herbst) — a woman he almost married when he thought his name was Jake Doe. Not only that, he hasn’t even asked about Franco Baldwin (Roger Howarth) or reacted to his death — at least on screen — and Franco was like a brother to him by the time Drew was presumed dead.

So, on Tuesday, we finally get those Drew and Elizabeth scenes we have been waiting for. It looks like they do finally discuss the state of Elizabeth’s life as he asks her if she thinks it’s time to turn the page on life and move on with someone special. Does this make her think about Hamilton Finn (Michael Easton) — who just so happens to be enjoying a holiday tea with Anna Devane (Finola Hughes) and Violet (Jophielle Love)?

Brook Lynn Quartermaine (Amanda Setton) is surprised when Valentin Cassadine (James Patrick Stuart) shows up at Monica’s house, asking to see Bailey Louise. She is suspicious as to why he is there and who he has brought with him.

Something tells us Charlotte (Scarlet Fernandez) is there to say goodbye to the little girl she thought was her sister. How can Brook Lynn say no to that? And when will someone finally tell poor Valentin the real truth about this baby he has grown so attached to?

Mayor Laura Collins (Genie Francis) is back in town and after stopping by Pentonville to see her God-loving brother first, she heads to the tree lighting ceremony to surprise her husband, Kevin Collins (Jon Lindstrom) is dressed as Santa and is thrilled to see her, as is grandson Spencer Cassadine (Nicholas Chavez), who is dressed like an elf.

Esme Prince (Aver Pohl) is also dressed as an elf and tries to be playful with Spencer, but he only has Trina Robinson on his mind after they have an encounter.

Finally, Victor Cassadine (Charles Shaughnessy) is thrilled to know Laura is back as that was his plan. He also warns Ava Jerome (Maura West) that there is danger at every turn so she better be careful. Stay tuned to General Hospital weekdays to see how these stories play out.