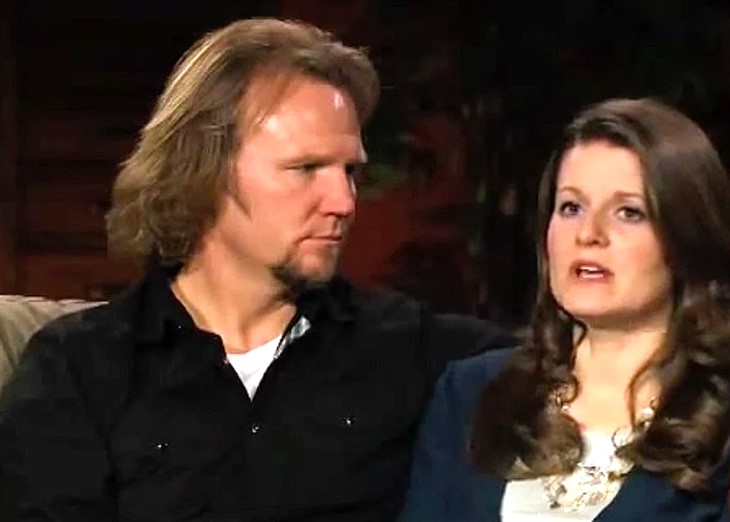 Sister Wives spoilers hint that Kody Brown and fourth wife Robyn find themselves in financial trouble. Adding to those sneak peeks, a new report reveals that Kody and Robyn resort to pleading for a SECOND home loan! What happened to all the money the polygamous clan makes from their reality TV show?

Get the inside scoop on Sister Wives below. And find out exactly how much Kody and his fourth wife want in seeking that second home loan!

Court documents show that Kody and Robyn did get approval for a home loan. Filed on November 30, the Home Equity Line of Credit Deed of Trust reveals that the Sister Wives stars received their loan for $130,000 from Alaska USA Federal Credit Union. However, that doesn’t mean the duo can escape paying their debt.

Per the filing, Kody and Robyn made a commitment to periodically pay. Documents reportedly indicate that “time is of the essence. As for exactly how much the couple owes in total? A Deed of Trust shows that Kody and Robyn owed $548,250 as of November 24 to Moria Development, DBA Peoples Mortgage.

The reality TV show featuring Kody and wives Janelle, Christine, Meri, and Robyn Brown does make money for the polygamous clan. But Sister Wives spoilers indicate that this season, Kody faces both martial and money misery. Tracing back Kody’s financial trial, the polygamous patriarch sought to get a home equity line of credit for $150,000 on March 20, 2020. TFC National Bank lent the money with a maturity date for the flexible interest home equity loan of April 23, 2050.

One financial challenge reportedly lies in the couple’s home. In August 2019, Robyn and Kody bought a 5 bedrooms, 4 bathrooms, 4,395 square-foot home on two acres in Flagstaff, Arizona. But the Sister Wives stars put down only $225,000 down towards the $890,000 purchase price.

Kody has put blame on his wives, with whom he parents 18 kids, for  his money misery. He reportedly had envisioned building homes on the $820,000 Coyote Pass land they purchased in June 2018. But that vision seems to have never materialized.

Adding to Kody’s challenges on this season of Sister Wives, his third wife Christine, 50, split from her now ex husband. In her exit announcement, Christine emphasized that she made the decision to quit. “After more than 25 years together, Kody and I have grown apart and I have made the difficult decision to leave,” stated the Sister Wives star. “We will continue to be a strong presence in each other’s lives as we parent our beautiful children and support our wonderful family.”

What do you think about the report concerning Kody’s and Robyn’s second home loan? Do you feel surprised that the Sister Wives family reportedly struggles with financial woes? Share your views with us. And then check back on our site for all the Sister Wives news!