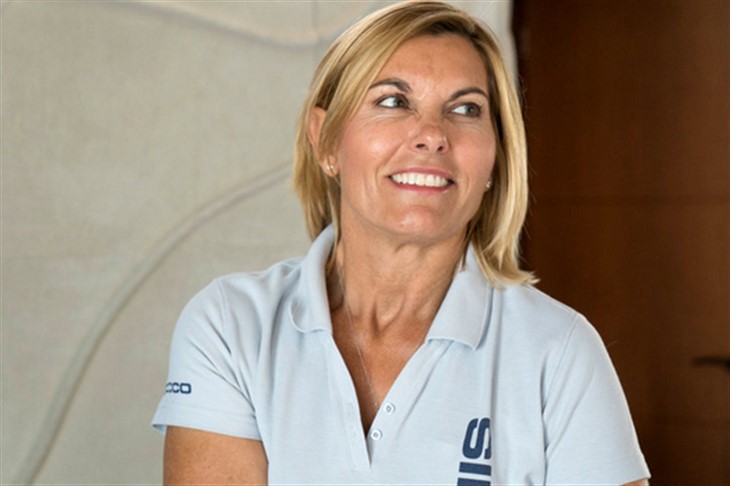 The Below Deck Med captain shared something she didn’t realize about her season 6 crew, at least not until she watched it on the small screen.

On the October 11 episode of Watch What Happens Live with Andy Cohen Yawn looked back on some of the more remarkable moments from season 6. One of those moments came on the most recent episode of the season.

The episode in question, episode 16, Sleepless in Croatia, aired on the same day that Sandy had her virtual visit with Andy Cohen.

Asked about her reaction to Mathew Shea’s stressful breakfast, the Below Deck Med captain intimated that it was indicative of the chef’s behavior during the entire season.

Yawn said that it explained a lot, referring to him leaving the boat and then quitting a second time, saying, “It just really shows the character.”

“I don’t see this. I don’t go out with them. And then when I do [see it], it’s wow. I just am blown away. I think that’s been the most volatile crew experience I’ve ever witnessed watching a show.”

Below Deck Mediterranean – The Happiest Crew

The captain contemplated more such dramatic moments during a game on WWHL called, You’ve Yacht to Be Kidding Me!

Sandy related something she hadn’t known about the Below Deck Mediterranean crew until she saw it on the boob tube, as well as something she discovered about deckhand Mzi Dempers for the first time on the Monday episode of Watch What Happens Live with Andy Cohen.

Even though there was a great deal of drama during season 6, the captain expressed that she appreciated how the crew came together when dealing with difficult situations.

Referring to the time when Lloyd Spencer opened up about his sexuality, Sandy said, “That was beautiful. The crew were amazing this year, to be honest,” adding that it was the “happiest” crew that she had ever had.

“They bonded from the very beginning.”

Below Deck Mediterranean – Captain Sandy was ‘Invested’ in Malia White

The captain also explained why there “seemed to be a lot of tension” between her and Malia White, saying, “There wasn’t a lot of tension. It wasn’t at all,” adding that “It was just one incident.”

She went on to explain that she did seem to drop the hammer a little hard on Malia at that moment.

The Below Deck Mediterranean captain admitted she overreacted but added that it was because she was “invested” in the bosun.

Cans of Below Deck Med can catch new episodes of the show on Fridays and Saturdays at 7 PM Central on Bravo.