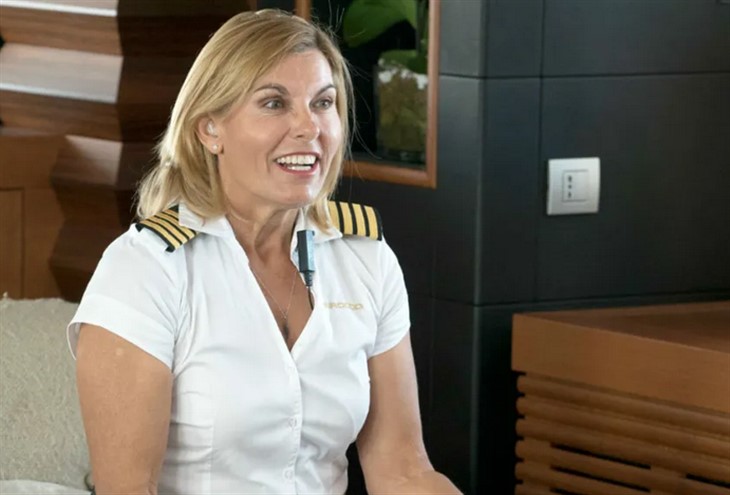 Is Captain Sandy leaving Below Deck?  “It’s called Lead-Her-Ship and it’s basically … not about Bravo or Below Deck.  It’s who I was before the show, um, and my career path,” Captain Sandy Yawn said about the new chapter she was embarking on.

The tour will include musical guests and personal stories about how the Below Deck Mediterranean star lived her life before the reality TV series.

Below Deck Mediterranean – Captain Sandy “Fell Into” the Maritime Industry

According to Us Weekly, the reality star said that she wanted to use the platform to “inspire others.”

She went on to say that, thanks to Bravo they have reached many Americans adding that she didn’t “seek the maritime industry,” saying, “I fell into it.”

The 56-year-old Below Deck star went on to say that she wished Bravo TV and Below Deck had been around when she was a kid.

“Because I think I would have discovered this a lot sooner and had a lot less pain in my life because I took a different path,” she said, speaking of the tour, adding, “that’s really what it’s about and it’s also talking about music.”

The reality star and motivational speaker will also be sharing her love of music and her side gig of being a disc jockey.

She tells Us, that one of the things she believes connects us is music and that she doesn’t care where you go in the world, “you play a song, everyone starts singing it in the same language” adding, “we’re connected through music.”

She went on to bring up the pandemic saying, “it’s also saying, ‘Hey! Get a passport!’”  Captain Sandy also added that she knew the pandemic stopped a lot of travel but said that she wanted to encourage people to get out and travel and learn about new cultures.

The reality star credited the maritime industry for giving her that “journey in life.”  “I love that our show actually puts that out there.”

Below Deck Mediterranean – ‘I Love Doing the Show’

Though the reality TV star will be gone from the boat during her four-month tour, she assures viewers that she has no plans of turning in her captain’s bars.

“I like running boats,” she said, adding that, “there’s something about being on the water.”

Fans will remember that Captain Sandy recently had to let Lexi Wilson go due to conflicts she was having with the crew, and she had said that she would have let her go sooner had she known the extent of her conflicts with the crew.

Fans can catch new episodes of Below Deck Mediterranean Mondays at 8 PM Central on Bravo.