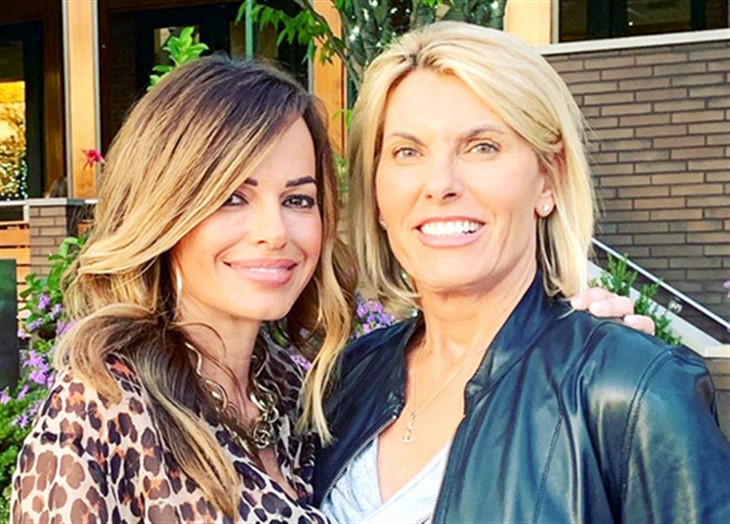 Below Deck Mediterranean news reveals Captain Sandy Yawn’s girlfriend is pretty excited about the opportunity she’s been given to perform at Dolly Parton’s breast cancer event that’s occurring this month of October.

Fans may recall that the Below Deck Mediterranean star and captain of the Lady Michelle hooked up with Dolly Parton in July to begin work on a breast cancer cause that’s personal to them both, Nashville’s Kiss Breast Cancer Goodbye benefit concert.

Now that the Below Deck Med captain’s girlfriend has been invited to join in, she’s very excited to have the opportunity to perform on stage with the famed and beloved country singer and she may even get to sit and chat with her.

The excited performer hit Instagram last Friday to let her own friends and fans know the good news with an image of Dolly singing which she captioned, “I’m excited to announce that I will be singing Oct 24th in nashville [sic] at the country music hall of fame theatre, stepping on the same stage with Dolly Parton @dollyparton and her amazing band and many other musical artists to raise funds and awareness for breast cancer.”

Below Deck Mediterranean – Champions of Breast Cancer One And All

Dolly Parton has always been a champion for breast cancer and somewhat of a healthcare hero even donating a million dollars to COVID-19 vaccine research.

She recently told the BBC that she felt “so proud to have been a part of that little seed money” that she hoped would grow into something that would help “heal this world.”

“I’m a very proud girl today to know I had anything at all to do with something that’s going to help us through this crazy pandemic.”

It’s also worth noting that Below Deck Med’s Captain Sandy is also a healthcare advocate after facing kidney cancer as well as a heart attack in her own past.

Notable too is that Captain Sandy recently recorded a spot on The Ellen Show and shared an Instagram post in that regard on Wednesday, October 6.

The Below Deck Med captain captioned the post with, “Oh what a treat this is for me @theellenshow on the same night as @brandicarlile.

It was a natural high for me! Tune in and set those DVR’s for October 6th! #ellendegeneres #sober #breastcancerawareness photo credit: Micheal Rozman/Warner Bros.”

Also worth mentioning is that Captain Sandy’s girlfriend has a stake in advocating for breast cancer too, having had her own breast cancer scare last year.

Fans can catch new episodes of Below Deck Mediterranean Fridays at 7 PM Central on Bravo.