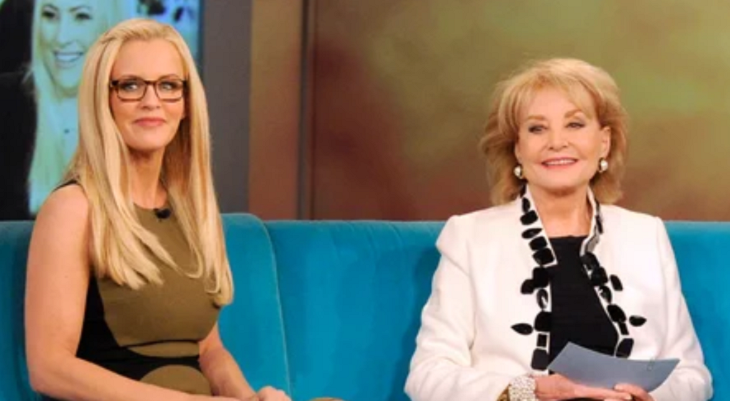 Jenny McCarthy has had plenty of jobs during her long television career, but if there’s one that she would never go back to, it’s The View. In fact, the former co-host says that being on the ABC daytime talk show was one of the most miserable experiences in her life.

The revelation was made in a new book by Ramin Setoodah called Ladies Who Punch: The Explosive Inside Story Of The View. The book recalls Jenny McCarthy’s tumultuous year on the show, which occurred between 2013 and 2014. It was also Barbara Walter’s last year on the controversial talk show. McCarthy claims she didn’t always see eye-to-eye with the veteran journalist.

McCarthy says that her time on The View was one of the most miserable jobs she’s ever had during her 25 years in show business. According to an excerpt published by Vulture, McCarthy said that one of the worst moments on the show was during her publicity tour for Louder Than Words: A Mother’s Journey in Healing Autism. She said Barbara Walters lashed out at her in a way that no one has ever done before.

Jenny says that 'The View' wanted Elisabeth Hasselbeck back. "They did try to change me. I couldn’t be myself. It really was the most miserable I’ve been on a job in my twenty-five years of show business.” https://t.co/Lpc2S7TcUI

McCarthy recalled how she walked into Walters’ dressing room to find her absolutely livid.

“I walked into her dressing room and she blew up at me. She was screaming, ‘How dare you say this! That autism can be cured?’ My knees were shaking. I remember my whole body was shaking. This lasted for about seven minutes,” McCarthy said.

“Finally, someone pulled me out of the room. I went back to my dressing room, not knowing what the f***k to do. One of my heroes just chewed me a new a**hole, and I’m going on live TV. I’m freaking out.”

Whoopi Goldberg Interrupted Anyone Who Didn’t Agree With Her Opinion

McCarthy also revealed it was her fellow co-host Whoopi Goldberg who liked to control the round-table discussions the most. She claims she was often stepped on or interrupted whenever Goldberg or the other ladies didn’t agree with her viewpoints and opinions.

She also claims that Goldberg often wanted to “control other people’s thoughts, their words, the room, the table, you feeling, your mood. She had an addiction to controlling all of it and everybody.”

Ladies Who Punch: The Explosive Inside Story Of The View hits bookshelves on April 2.