Jussie Smollett is no longer being featured in promotional campaigns for the hit hip hop drama, Empire. New reports say that even though cast regulars such as Terrence Howard (Lucious Lyon), Taraji P. Henson (Cookie Lyon) and others appear in the campaign, Smollett is nowhere to be seen.

This is after the actor, who plays Jamal Lyon on the show, allegedly staged a racially and homophobic-charged attack in Chicago in late January.

Smollett was indicted on 16 felony counts of disorderly conduct for making a false report to the Chicago Police Department. The actor claims that he was attacked while he was walking home from a Subway restaurant during the early hours of the morning. Two men allegedly tied a noose around his neck, poured bleach on him and shouted racial and homophobic slurs.

Smollett also insisted that the two men wore red “Make America Great Again” hats from Donald Trump’s 2016 Presidential campaign. He also said that the two men shouted “This is MAGA country” at him. The actor says that he thinks he was attacked because he is a very vocal critic of President Donald Trump and his administration.

Which OMG moment shocked you the most during #Empire's return?

It turned out the two men are reportedly extras who have worked on Empire with Smollett before. Nigerian brothers Olabinjo and Abimbola Osundairo were named as potential suspects.

The two siblings have recently said that Smollett took “advantage of their kindness” by roping them in to his scheme. Several reports have claimed that Smollett was looking to raise his profile in hopes that he would get a better paycheck from Empire.

Smollett Has Consistently Maintained He Is Innocent Of All Charges

So far Jussie Smollett himself has made no comments about the allegations, although during an interview with Good Morning America, he did maintain that he was innocent.

However, producers for the hit primetime show have stated that they decided to cut the actor from the last two episodes of this current season. 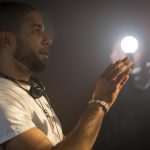 Now, whether or not Jamal returns for the mid-season premiere remains to be seen. So far Fox Studios have declined to make any comments about the actor’s future with the series.

Keep up with Celebrating the Soaps for all the latest news right here.