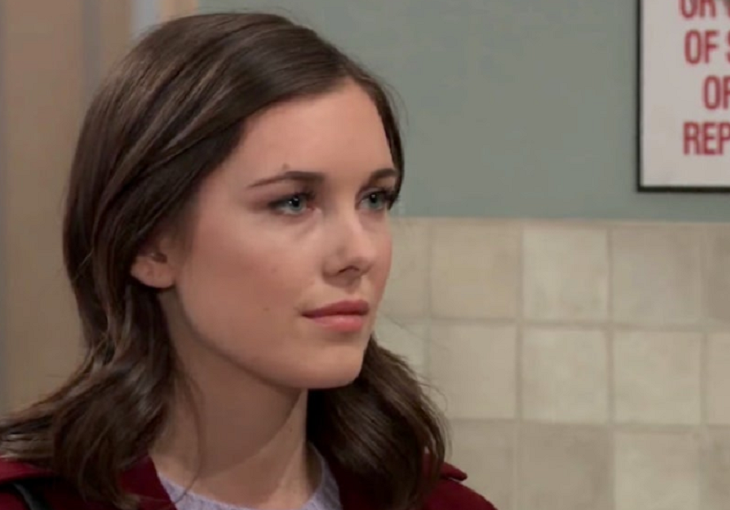 There is more to Willow Tait (Katelyn MacMullen) than what viewers of General Hospital initially thought. When she first arrived in Port Charles, nobody really knew Willow’s backstory. At first, it seemed as if the show introduced a whole new character. But as weeks progressed, GH fans have seen her backstory unravel.

When Willow made her debut on General Hospital, she was introduced as a teacher at Aiden Webber (Jason David) and Charlotte Cassadine’s (Scarlett Fernandez) school. She was a mystery to everyone since there was no mention of her before, except for the time when her name was written on the letter that Aiden brought with him when he was sent home from school October last year.

Her character’s story has made a lot of progress since then. She’s been part of several major storylines. She got herself into a love triangle, with Harrison Chase (Josh Swickard) and Michael Corinthos (Chad Duell). She eventually ended up with the dashing detective Chase. But that’s not all!

An unscheduled parent-teacher conference leaves Willow in deeper with Nina and Valentin than she was before. #GH55
A tense, new #GH starts RIGHT NOW on ABC! @TheRealStafford @japastu pic.twitter.com/18EMrWpKHe

She went head to head with Nina Reeves (Michelle Stafford), found a new friend in Liz Webber (Rebecca Herbst), and most surprisingly, was revealed to be the mother of the child who was supposed to be adopted by Brad Cooper (Parry Shen) and Lucas Jones (Ryan Carnes) but was swapped with Michael’s son.

As if those weren’t more than enough revelations, General Hospital fans recently discovered that Willow knows Shiloh (Coby Ryan McLaughlin)! What else could she possibly be hiding? How will she affect other major characters in the soap?

Surprisingly, Willow was a former member of the cult that’s headed by Shiloh, and she’s been hiding from him ever since she got out of Dawn of the Day. Shiloh has not yet got wind of the fact that Willow is just close by maybe because she’s living under a different name. She may be able to hide from Shiloh and other members of the cult for now, but when they cross paths, things will turn for the worse.

General Hospital Spoilers – Can Willow Tait Find Someone To Trust?

The question now is will Willow find someone she can really trust? Someone who can keep her secrets? Could it be Chase? He is ,in fact, a good detective and he might be able to put together some things that will help him figure out who Willow really is.

Or would it be Michael, whose sister is currently a member of the cult and being manipulated by Shiloh? Things are definitely getting more interesting with Willow and General Hospital viewers have to stay tuned to find out what other revelations will be made about her.